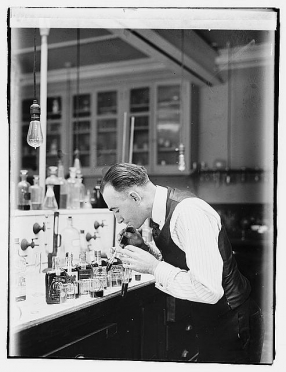 Recent publications by the US federal government indicate that Bitcoin will likely be used in illicit cross-border transactions, and that the Office of National Drug Control Policy (ONDCP) is ramping up efforts to detect and interdict bitcoin transactions. There is a special focus on Canada and the United States.

As part of next year's budget, the Office of National Drug Control Policy (ONDCP) requested $3,730,815 (PDF) for "High Intensity Drug Trafficking Areas" in the Pacific Northwest. The ONDCP "advises the Administration on national and international drug control policies and strategies, and works to ensure the effective coordination of drug programs within the National Drug Control Program agencies and with various other governmental, non-profit, and private entities."

[Drug Trafficking Organizations] in the Northwest HIDTA region utilize novel money laundering techniques and emerging technologies to launder illicit drug proceeds. Bulk cash smuggling, the use of money service businesses, and the double exchange continue to be the primary methods of money laundering in the state. The double exchange usually involves the smuggling of cocaine and marijuana across the U.S.-Canada border while decreasing the need to smuggle the proceeds of the drugs by instead wiring money. While no investigations have been reported, the use of Bitcoins, an anonymous and decentralized digital monetary system, is likely to emerge as a major money laundering tool for traffickers. [emphasis added]

It is odd that that the ONDCP refers to Bitcoin as anonymous when it has been well documented to be pseudonymous. Though, it is interesting that the Drug Enforcement Administration (DEA) was unable to identify the source of the Bitcoins it seized, as first reported by Let's Talk Bitcoin in "DEA Seizes Bitcoin: Seizure Points to Earlier Mistaken Identity." It seems unlikely that Bitcoin would become a major money-laundering tool, as each transaction is permanently recorded on the blockchain public ledger and the government has been implementing sophisticated systems to monitor transactions. However, if there ever comes a time in the future when physical money is retired and the government exclusively issues digital money, this could indeed shift black market transactions to Bitcoin or another decentralized currency. NPR's Planet Money, for example, recently ran the story "Should We Kill the $100 Bill?" in response to Harvard University economics and public policy professor Kenneth Rogoff's research. Rogoff authored "Costs and benefits to phasing out paper currency" (PDF) and told the Wall Street Journal that he was inspired by Bitcoin to revisit the subject. He notes:

Think about countries like Mexico, Colombia, where they're really at war with the drug money, where the United States is not only buying the drugs but it's providing this [$100 Bill] resource that very much helps the drug dealers.

Perhaps equally perplexing, if not disturbing, is ONDCP's "Threat Assessment" section of the report, which classifies marijuana as one of Washington State's "greatest threats":

Both methamphetamine and marijuana are considered by the Northwest HIDTA to be Washington State's greatest threats because of their availability and their association with crime.

State marijuana laws are obviously at odds with federal law. This makes it extremely difficult for "legal" marijuana businesses to obtain bank accounts. Marijuana is classified by the US government as a Schedule I drug and until this changes---even as the International Business Times reports that Congress is helping pot growers become more attractive partners for banks and The Washington Post reports that "Obama administration clears banks to accept funds from legal marijuana dealers"---it continues to be difficult for marijuana businesses to obtain basic financial services.

To make matters even more cumbersome, in the United States, each state has its own money transmission laws. For example, PayPal has a license with every state. Washington State is among thirteen states that share a border with Canada (which has the longest international border in the world). While Canada has eight provinces or territories that share a border with the United States, licensing occurs at the federal level with FINTRAC or the Financial Transactions and Reports Analysis Centre of Canada. In June, the Parliament of Canada approved the first national law on digital currencies and regulates digital currencies as MSBs (money service businesses). (See "Canada implements world's first national digital currency law; regulates new financial technology transactions.")

The benefit of Bitcoin, of course, is that it is, in reality, permissionless. Rather than navigate through a bureaucratic nightmare, I suspect an increasing number of marijuana companies will use cryptocurrencies instead of traditional bank accounts. Specialized cryptocurrencies---such as PotCoin, a "decentralized Crypto-Currency, whose primary goal is to become the standard of payment for the legalized cannabis industry," and CannabisCoin, which "represents REAL medical marijuana specifically designed and grown by 'CannabisCoin Marijuana Cultivators'"---have been in the top 100 cryptocurrencies according to CoinMarketCap for quite some time.

US law enforcement and regulatory agencies need to monitor evolving trends in money laundering, such as the conversion of cash through prepaid access devices, and other new payment methods such as digital currencies like Bitcoin. There is always concern regarding the potential exploitation of any new product or technology as a vehicle for money laundering.

Digital currency platforms are growing in popularity and, although a requirement exists for third party digital currency exchangers to register with FinCEN as money transmitters, there is concern that exchangers may operate without FinCEN registration or state licensing where required. . . . Decentralized systems such as Bitcoin can pose a challenge to law enforcement investigations because there is no central point of contact. Nonetheless, persons engaged as a business in the exchange of virtual currency---including Bitcoin---for real currency, funds, or other virtual currency; engaged as a business in issuing (putting into circulation) a virtual currency; or with the authority to redeem (to withdraw from circulation) such virtual currency, are required to register with FinCEN as money transmitters and are subject to the applicable anti-money laundering rules under the Bank Secrecy Act. It is particularly important that law enforcement focus on the vulnerability created by unregistered third party exchangers that facilitate digital currency systems, including Bitcoin. [emphasis added] Action: DHS/ICE, DOJ, Treasury/IRS, DOJ/DEA, DOJ/FBI, DOJ/USMS, EPIC, Treasury/FinCEN, DHS/CBP.

This should come as no surprise for those of you who have been following the Let's Talk Bitcoin seizure story that revealed the first ever bitcoin seizure by a government agency---the Drug Enforcement Administration. The original seizure that purportedly happened in South Carolina appeared to have a swift response by Sen. Graham, Lindsey [R-SC], who was the first to cosponsor S.Amdt.1453 -- 113th Congress (2013-2014) a mere four days after the story was published. This included "Page S4832 (c) Customs and Border Protection Strategy for Prepaid Access Devices":

Not later than 18 months after the date of the enactment of this Act, the Secretary of Homeland Security, in consultation with the Commissioner responsible for US Customs and Border Protection, shall submit to Congress a report detailing a strategy to interdict and detect prepaid access devices, digital currencies, or other similar instruments, at border crossings and other ports of entry for the United States. The report shall include an assessment of infrastructure needs to carry out the strategy detailed in the report.

While the bill was not signed into law, it appears to have provided a road map, if not a tacit nod of approval, for the government to begin operation "bitcoin border patrol." Well . . . at least that is how we are going to refer to this law enforcement action.

The seizure of Bitcoin was a mixed blessing for the bitcoin community. Adrien Chen's June 2011 Silk Road expose, "The Underground Website Where You Can Buy Any Drug Imaginable," established that Bitcoin was being used for illicit drug purchases. Some even speculated that Bitcoin was dependent upon this drug culture. Senator Schumer called all Bitcoin transactions "money laundering" at the time. However, when the DEA seized the bitcoin, they attached monetary value to bitcoins in US dollars and officially established bitcoin as property. Moreover the DEA did not destroy or "burn" the bitcoin as they do with drug seizures. Bitcoins can be destroyed by sending them to a verifiably unspendable address. For example, according to the AP article "Police Methods for Destroying Drug Evidence Vary," the "DEA destroys marijuana at EPA-approved incinerators because those seizures are generally bulkier, and it burns other contraband drugs at its labs."

Returning to Silk Road---when the site (and the bitcoin) were seized in the much higher profile criminal case against Ross Ulbricht (alleged to be Dread Pirate Roberts, the complaint noted that "Bitcoins are not illegal in and of themselves and have known legitimate uses" (via The FBI's Plan For The Millions Worth Of Bitcoins Seized From Silk Road). The government then established that it would sell the confiscated bitcoins to the highest bidder. While it was reported that "Silk Road Bitcoin Auction Winner Tim Draper Won't Say How Many Millions He Paid" in regards to the nearly 30,000 seized bitcoins, the proceeds of this money will be likely be used for law enforcement. As NPR reports in "Seized Drug Assets Pad Police Budgets," and The New Yorker explains in "Taken":

Many states, facing fiscal crises, have expanded the reach of their forfeiture statutes, and made it easier for law enforcement to use the revenue however they see fit. In some Texas counties, nearly forty per cent of police budgets comes from forfeiture. (Only one state, North Carolina, bans the practice, requiring a criminal conviction before a person's property can be seized.)

This creates a negative feedback loop, where law enforcement departments need drugs such as marijuana to remain illegal (even as the New York Times Editorial Board calls for the legalization of marijuana) so they can justify budgets for so-called "great threats." When these budgets run dry, law enforcement can seize monies (whether it be bitcoin or fiat) associated with drug-related transactions to fill their coffers. Perhaps marijuana is not the greatest "threat" for the DEA, but rather its greatest "opportunity"? Not to imply that I have done a SWOT analysis. . . .

It is not like we have been "up in arms" about this issue before.

Took a trip to Canada, to buy a case of rye.

When the case was opened, they began to sing---

To hell with Volstead. God save the king!

The National Prohibition Act, commonly referred to as the Volstead Act enforced the 18th Amendment, which enacted prohibition in the United States.

"Bootleggers and Beer Barons of the Prohibition Era" (Google Books), "Jumping the Line: The Canadian Connection" details Prohibition's effect on the US-Canada border:

The USA had federal Prohibition law for the entire country while Canada's system divided control between the national government and the provinces. Under Canada's two-tier system, liquor was legally produced and sold in many locations across the country. . . . The Volstead law set off a tsunami of liquor smuggling, which forced Washington to devote substantial resources to stopping cross-border bootleg traffic. A Canadian magazine said 'a new 'profession' . . . that of the 'professional smuggler' had emerged. 'Previous to the enactment of Prohibition in the United States smugglers were, comparatively, isolated outlaws.

And according to "Repealing National Prohibition" (Google Books):

In July 1929 a pamphlet entitled 'Canada Liquor Crossing the Border' used Dominion Bureau of Statistics records to show that the United States received 90 percent of its northern neighbor's liquor exports as well as large quantities of passed-through Scotch whiskey and French wine. . . . A 1924 treaty to exchange smuggling information did not help [stop the trade], and Canada proved unwilling to take further steps. . . . [However] Bureau of Prohibition annual report . . . show[ed] steady increases in seizures of contraband liquor (from 153,000 gallons in 1920 to 32,500,000 by 1928).

If I only Had a Brain

If lawmakers are unwilling to use their brains, and so perpetuate nonsensical antiquated prohibition laws in the twenty-first century, then there will likely be some bitcoin users who use theirs.

It appears to be an IRS-employed pharmacist during the Prohibition, sampling alcohol with a straw in the lab.