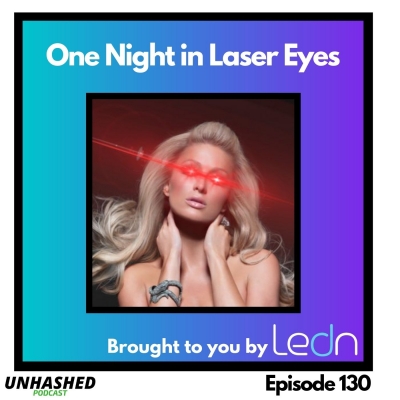 On this episode of the Unhashed Podcast, it's tabloid time! To help detox from Ruben and Eric Wall's technical deep dive last week, we take things easy by chatting about the latest cryptocurrency news from Snoop Dog, Paris Hilton, and John McAfee. We do get back to bitcoin again to talk tainted coins, the sale of bitcoindotcom, what constitutes a double-spend, the future relevancy of "not your keys, not your coins", and details about hashrate and mining.