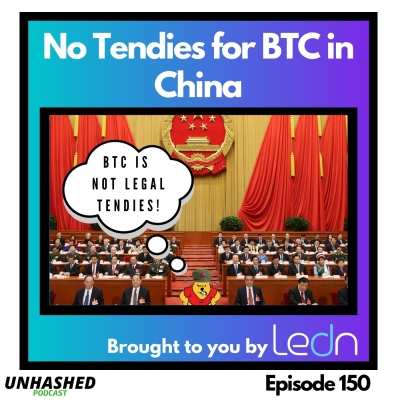 Unhashed Podcast - No Tendies for BTC in China

On this episode of the Unhashed Podcast, we talk Coinbase 2FA slipups, the normalization of Ethereum consensus failures, anti-bitcoin protests in El Salvador, and IMF & CCP critiques of bitcoin. Lastly, we encourage Colin to stop farting on people on planes.