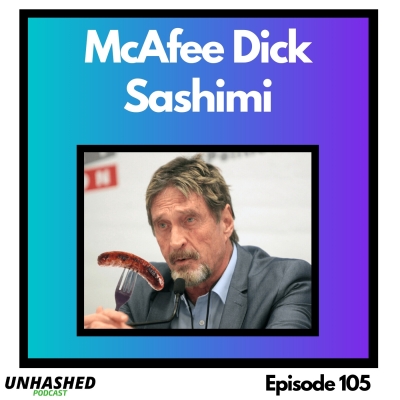 On this week’s episode of the Unhashed Podcast: a patent involving the acceleration of cryptographic operations on elliptic curves has expired, timelocks on Bitcoin may not be as straightforward as they appear, an uncontrolled resource consumption and out-of-memory vulnerability in Bitcoin, MuSig-DN allows signers to generate their nonces deterministically, Coinbase CEO Brian Armstrong elaborates on the company's mission statement, John McAfee has been arrested and charged with tax evasion, and the founders of Bitmex have been charged with violating the Bank Secrecy Act.