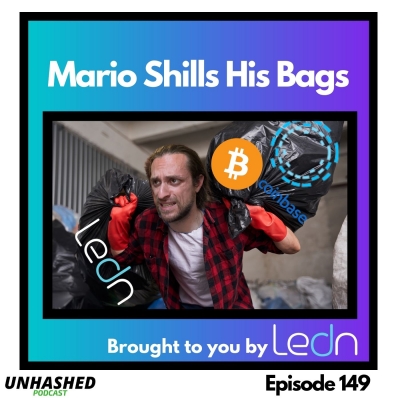 After a special guest runs into an unexpected event, Colin Bryan and Mario are left wondering what they should talk about. It's a good thing Bitcoin is never boring. In this weeks UNSCRIPTED episode, we let Mario shill all his bags, including Blockstream's $3.2B valuation, Ledn's Proof of reserves, Coinbase's new phone support line and how a drug dealer got his BTC back from Swedish authorities using this one weird trick.