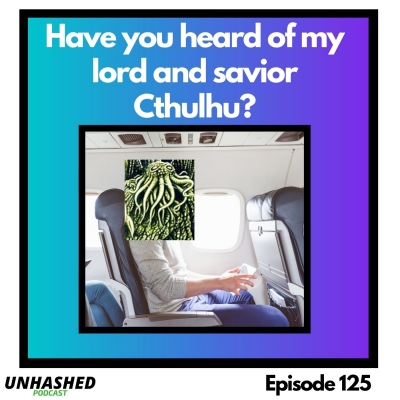 Unhashed Podcast - Have you heard of my lord and savior Cthulhu

On this episode of The Unhashed Podcast, we go on a lot of tangents. As a springboard for said tangents, we mention trillions in stimulus packages, Citibank calling bitcoin's tipping point, Colin's research on paper wallet theft, Craig Wright's latest legal facepalm, Blockstream anti-exfil technique, and Nvidia's attempts to placate its upset gamer customers. Listen to the end to find out whether or not you should talk to other people on planes, and when mempools will empty again.