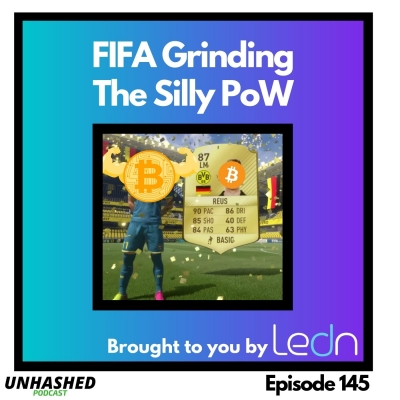 On this week's episode of the Unhashed Podcast we talk about the latest in NFT weirdness with celebrity "Stoner Cats", how video game grinding is the original PoW, Blockfi's regulatory setback, ThorChains incompetency, the new EU proposal on crypto regulations, and more!