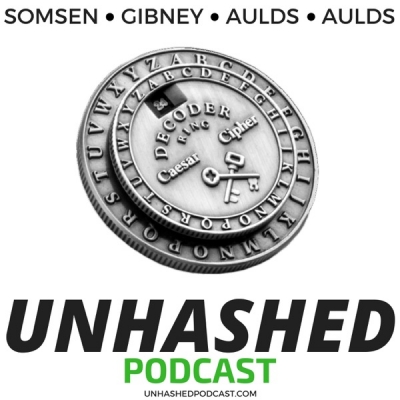 On this episode of the Unhashed Podcast: Bitmex shits on Eth 2.0 and for good reason! Blockfi is hacked - and via Sim Swapping...smg. And...JK Rowling gets the full force of Bitcoin Twitter dumped on her.

WEEKLY NEWS WRAP UP: A few weeks ago, Bitmex Research issued a very detailed report about Ethereum 2.0. The report starts off as follows: “We examine Ethereum 2.0, which is set to launch as early as July 2020, assuming there are no further delays. However, the launch may not be as important of an event as it sounds. Initially, Ethereum 2.0 will mostly operate as a test network for the new proof of stake consensus system. Most of the economic activity and smart contracts will remain on the original Ethereum network, which will continue to exist as a parallel system to Ethereum 2.0. There will be a one way peg, where Eth1 can be transferred into Eth2, but the reverse will not be possible. Given the decision to scale via sharding, we believe Ethereum has little choice other than to attempt this incredibly complex multi year transition to a new network.” In conclusion, Bitmex Research had this to say: “There is one thing that stands out to us above everything else, Ethereum 2.0 is exceptionally complicated. With so many committees, shards and voting types it seems reasonably likely that something will go wrong and that there will be significant further delays.”

Advancing Bitcoin has released the videos of the talks from their February 2020 conference, but in a somewhat unusual move, the videos were put behind a paywall. Conference attendees are free to watch the videos, but anyone else would have to pay around 60 dollars in order to get access. Adam Fiscor, lead developer of Wasabi Wallet and one of the presenters at the conference, had the following to say on Twitter: “To be honest I'm pretty uncomfortable with it. I didn't know this is how it'll be uploaded.” And in another tweet he said: “Personally, I don't think this is unethical as it's common practice outside Bitcoin. Though if I'm in the position, I'll reconsider participating next time as I prefer free propagation of information and I may even take a stance on it.”

JPMorgan Chase, the United States’ largest bank, has reportedly taken on U.S. cryptocurrency exchanges Coinbase and Gemini as customers. A report from the Wall Street Journal on May 12 cited unnamed sources apparently familiar with the matter, who highlighted that the move is the first time the banking giant has served clients from the crypto industry. Both exchange accounts were reportedly accepted in April, with transactions now starting to be processed, sources told the WSJ. JPMorgan Chase is not processing Bitcoin (BTC) or other cryptocurrency transactions on behalf of the exchanges but is providing cash-management services and handling dollar transactions for their U.S.-based clients. The bank will reportedly process all wire transfers and dollar deposits and withdrawals via the Automated Clearing House network.

On May 14th, BlockFi was breached: “"On May 14th, there was a data incident at BlockFi that exposed certain client account information for a brief period of time. While no information was accessed that would enable the intruder to access your account or your funds, we believe it is in the interest of transparency to share the following details with you, and all of our other clients who were potentially affected. Your funds, passwords, and non-public identification information are secure and no BlockFi client or company funds were impacted or at risk. No action is required by you….a BlockFi employee’s phone number was breached and utilized by an unauthorized third party to access a portion ofBlockFi’s encrypted back office system. This type of breach is commonly referred to as a SIMport. The unauthorized third party was able to do this by obtaining unauthorized access to the employee’s phone and email via a cell phone network vulnerability.

ONE FINAL NOTE: Firstly, Support us on Patreon.

PRODUCERS OF THE SHOW: It’s time to thank the people who are making this show happen:

And Peter McCormack from the What Bitcoin Did Podast