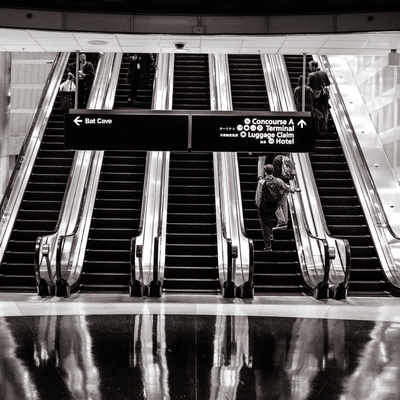 Traveling On Bitcoin: Is It Getting Easier?

This is part of the series I'm doing for abitsky.com – where bitcoins meet traveling (and can purchase cheap flights).

It's been nearly five years since Laszlo bought two pizzas for 10,000 bitcoin – the first time anyone paid for a physical item using bitcoins. Since then, we have seen the currency's value jump to nearly $1,200 per coin before coming back to the $200 range in the beginning of 2015. In hindsight, we can only hope that the pizza was really, really good.

The number of ways you can spend bitcoin has also been growing over the years. You can tip your favorite bloggers, pay for a taxi, have a drink, or get yourself a new computer without using any fiat currency.

But what about traveling? Can you survive a lengthy trip without paying for some of your needs in dollars, euros, rupees, or bahts?

Well, it turns out it’s not only possible, but can result in a whole lot of advantages for you, the traveler.

Just like the purchase of the most expensive pizza in the world, it all had to start somewhere. So who were the first people who decided to live on bitcoin during their travels? What were their reasons and what did they experience along the way?

The first-ever road trip using only bitcoin to survive was conducted by Plato, a member of the Bitcoin Talk forum. Back in 2011, there were not many advantages to bitcoin travel, as the number of businesses accepting cryptocurrency was close to zero.

But comfort and safety weren’t the things which motivated Plato to go on this trip. In his own words, the main motives to set off from Hartford, CT to Seattle, WA were “an overdeveloped sense of adventure” and a mission to “evangelize Bitcoins”, explaining the currency and its advantages to anyone met on the road.

According to Plato, “it was pretty wild,” especially considering the rise in bitcoin price during his journey. While he didn’t use bitcoin to pay for gas or food directly (it simply wasn’t possible), he exchanged bitcoins into physical goods all along the way.

Another well-documented bitcoin travel happened in 2013, when newlyweds Beccy Bingham and Austin Craig went on a 100-day trip around the world using only bitcoin to see if it’s possible to survive solely on virtual currency.

The couple described the journey as an experience of “feast and famine”. They did visit some places, such as the Kreuzberg neighborhood in Berlin, where they had loads of different options to spend their bitcoins.

On the other hand, they also had to spend a whole day without food in Stockholm. The couple couldn’t find a single place willing to accept bitcoin, so they had to wait for the next morning’s hotel breakfast.

Beccy and Austin were also very surprised at the willingness of people and businesses without prior knowledge of bitcoin to set up wallets and accept payments.

For instance, they were walking around a market and a woman asked Beccy if she wanted a henna tattoo. Although the artist wasn’t willing to accept a payment in bitcoin at first, Beccy sat her down, explained the situation, and offered to pay a bit extra. In just a few minutes, the artist set up a wallet on her smartphone and started accepting payments in bitcoin.

So it’s evident that traveling on bitcoin wasn’t a piece of cake just a few years back. Either way, there are quite a few things we can learn from the people who opened up the “bitcoin borders” for all of us.

Where to Spend Your Bitcoin

The first people who decided to use bitcoin as the only currency for their trips faced difficulties finding places which would welcome them with open arms.

Has the situation changed though? It’s 2015 already, so if giant companies such as Microsoft, Dell, Overstock, and Newegg already accept bitcoin, it shouldn’t be too hard to find a place to stay and a few different options for dinner, should it?

Well, it depends on where exactly you decide to travel. Either way, the situation is way better now than it was just a few years ago. Right now, you can use bitcoin to pay for:

Overall, it’s clear that there are loads of options available for the bitcoin traveler. You might still need some local cash for points of interest which are slower to adapt (such as museums, historical places, churches, etc.), but there are already hundreds of bitcoin ATMs all over the world created precisely for that purpose.

Why More and More People Travel on Bitcoin

New businesses join the bitcoin community on a daily basis because of the demand created by both locals and foreign visitors. Either way, it’s certainly one of the main reasons why more people choose to spend bitcoin instead of fiat currency during their travels.

There have been quite a few articles about new cases of bitcoin travel (including those written by TheBitMom and Felix the Bitcoin Traveler), but there are even more people who choose to pay with bitcoin during their journeys without making it public.

But why do people do it? Looking for places which would accept your bitcoins can cause quite a headache during your trips, especially if you’re visiting some of the less bitcoin-friendly destinations.

I asked TheBitMom the same question. She told that the initial reason to choose bitcoin over the usual currency was “to move toward ethical money”. Her family felt that “the US dollar is used for aggressive wars and is heavily manipulated by central banks and government”, so “moving toward bitcoin was a big step . . . in the right direction”.

However, TheBitMom also told that when she started the first trip with her family, “the practicality of bitcoin travel became immediately apparent”. She named the ability to “quickly send and receive money with little to no fees or wait time” as bitcoin’s top advantage over the usual banks.

In addition to that, there are several other reasons why bitcoin can make your travels easier and more enjoyable:

There are already plenty of people who choose to buy plane tickets and book their hotels with bitcoin, then switch to local currency once they get to their destination. However, it’s clear that traveling solely on bitcoins is already a great option as well. Sure, you might need some extra time to plan your trip, but it’s certainly worth it when you consider all the advantages.

What Should We Expect in the Future?

Places like Kreuzberg in Berlin, the world’s first “Bitcoin Beach” in Madeira Beach, FL, or the self-proclaimed “most bitcoin-friendly city in the world” Arnhem in The Netherlands are already willing to accept your bitcoins for anything ranging from a bitcoin-themed hotel room to the best cherry cake in the area.

If you decided to travel there just a few years ago, you would have found an entirely different situation. In July 2013, there were just over a hundred businesses listed on Coinmap. In 2015, this number increased to more than 6,200 – that’s a growth of nearly 4900% in just 1.5 years!

Right now, you can already pay with bitcoin in places like Ushuaia at the southernmost point of South America or Norilsk in the middle of Siberia. If that doesn’t illustrate the extreme pace that bitcoin has been gaining as a payment method, we don’t know what does.

It’s quite simple when you think about it: as more people try to spend their bitcoins all around the world, more businesses are willing to accept the currency, gaining an edge over the competition. It’s evident that traveling on bitcoin is getting more popular due to all of the previously listed advantages, so you can expect your bitcoin travels to become even easier and more enjoyable in the future.

Either way, a great adventure using only bitcoin to survive is already a very viable option. So when are you planning to set off on your first bitcoin travel?