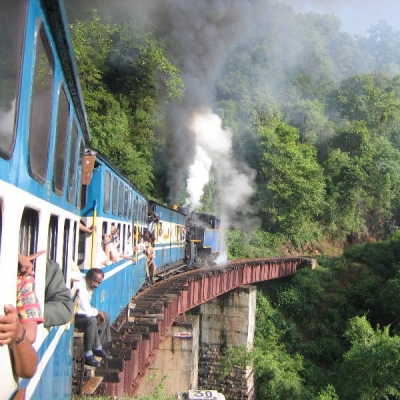 This week instead of talking about a current Tokenly project, I wanted to get a little hypothetical and talk about one of the non-monetary uses of Tokens that I sometimes think about.

Bitcoin As A Token

When we think of “tokens” like bitcoin, most of the time we think of money. It’s unsurprising, given that Bitcoin was the first cryptocurrency and has been explained quite convincingly as “money that lives on the internet”.

Bitcoin is also a cryptographic token. To own a bitcoin means you acquired it from someone who at some point in the past either mined it via Bitcoins computational proof of work, or bought it from someone who did. This is important because data as a rule can be duplicated and reproduced at no meaningful cost. A password might seem secure, but by merely speaking it, its access can be given to another in a way that does not remove the passwords abilities from the original owner.

Because of this, for things that actually matter we need to track other elements and know our customers, for better or worse. A cryptographic token solves this problem, it’s a password that must be acquired at the cost of the previous owner no longer having it. One that can’t be faked or cracked or intercepted, and that has far greater utility than as mere money.

Some time ago I was spoke with Birdie Jaworski, editor of Very Much Wow magazine about tokens and train intersections. Right now train systems have lots of dumb infrastructure (Tracks, switches, etc) carrying smart (automated) trains from smart station to smart station.

So trains and stations need to talk to each other in order to keep an accurate picture of where the various moving parts are. When those moving parts find themselves in the same place at the same time you get a news-worthy catastrophe.

Imagine for a moment we have unlimited funds and manpower to fix this problem. The simplest way would be to station a traffic controller at every single junction with a powerful two way radio, a brain and the ability to communicate with nearby trains.

The procedure would be that whenever a train is approaching a specific intersection, track switch or anything where only one, or some limited number of trains can pass through safely at one time, the conductor radios ahead to that switches traffic controller. If the coast is clear, you know you’re safe to pass because he will tell any other trains that request after you do, but before you’ve safely passed by that the switch is busy and they’ll need to wait.

The advantages of this system are that each traffic controller only has one job and it’s really simple. They’re focused on the one intersection and need only determine if based on recent requests if the coast is clear and the way safe.

The disadvantages of this system are several; you need LOTs of traffic controllers working 24hrs a day and you need them to never mistakenly tell a second train “Yep, the coast is clear”

On some very dangerous mountain railroads, they use a baton system where the rule is that only a train possessing the baton may use the pass, and so the train going up the mountain carries it to the top where it is given to the next train wanting to go down. We can take this practice and make it better with tokens.

This is a hypothetical so lets not worry about current blockchain congestion and confirmation times. Instead of a human with a radio, each train junction has its own token in what is effectively a vending machine - A train approaching will send a bitcoin deposit to the junction and if available, the junction access token would be sent back to the train. The train would then pass through the junction exclusively and once completed would send back the access token and be refunded their deposit.

A second train making the same request would find that the token is unavailable, and would need to wait. If the token was not given back in a sufficient amount of time, the junction would simply create a new token that obsoletes the old one.

With dumb infrastructure and the intelligence at the centers of the network as you have with trains, you have a bunch of different groups of authorities trying to keep one giant accurate picture of the entire network as based on all the participants reporting in through automated and manual means.

Give each junction its own token and the ability to communicate with nearby trains and you have a very simple, highly decentralized network of distributed intelligence where each junction knows its capacity (number and type of tokens) and its current load (how many tokens are in use and by whom).

Using that simple foundation, you can do arbitrarily complex things. A series of switches might ask that you send the token to the next switch in the sequence in order to receive its access token for example. An express train might carry a token in its wallet that gives it priority to receive all access tokens on a specific route, or at certain times. Such a system would support trains run by different companies who don’t communicate with each other operating using the same tracks because all right-of-way is handled on a purely local basis. The rabbit hole here, as always, is deep.

While Tokenly is currently focused on things that are possible and practicable now, these longer term ideas of how cryptographic tokens can be used in entirely unexpected situations are a major opportunity.

And while this example applies to Trains, all the implications are the same for runways on an airfield or even at a highway intersection serving driverless cars.

Distributing authority, power and control away from centralized clearing-houses to empower the individual components within a given system, whether mechanical or human, means that systems become more resilient and more able to deal with changing situations because the actors who are most local and best able to understand the situation have the power to do exactly that.

Feel free to pick apart this example, I'm happy to further expand on the idea in the comments.