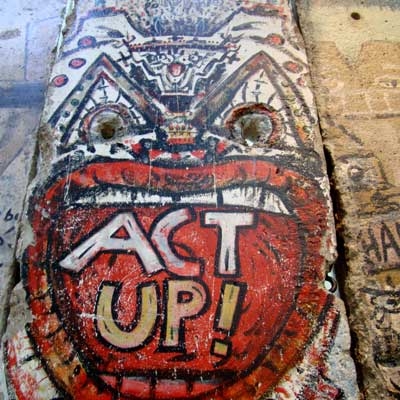 The Writing is on the Wall; We Need Decentralized Social Networks!

Facebook represents the ultimate success that can be achieved by a technology company in the current paradigm; publicly traded with a valuation in the billions and broad global use of the service. That matters because a social network is just like any network, it becomes exponentially more valuable the more active users it has, so as the defacto solution for the interested market, theyre pretty happy.

But theres a problem with Facebook, and its not the lack of monetization options they have to go from dot-com to a sustainable, profitable business model. The problem is if you want to use social networks for anything beyond sharing recipes, being fed content from your favorite blogs you dont want to bother to visit, or catching up with college friends, youll see the weakness.

Remember Napster? They were the folks who introduced peer to peer sharing of music and who were crushed because the service they offered (peer to peer duplicative sharing of music at basically no cost to either party coordinated by a central server) was dangerous to the status quo (of music publishing).

The services provided by a social network are multi-faceted. On the one hand youve got cat and baby pictures, but on some special days youve got the Arab Spring or the Occupy movement. Back in those early days of social networks being used to communicate between mass groups of people who didnt know each other, these efforts were heralded by the American media as proof of the platforms utility in breaking down the walls put up by repressive governments to control the ability to organize.

In more recent days? Not so much.

Moscow (AFP) - Russian authorities convinced Facebook to shut off a page inviting people to attend a rally in support of an opposition politician, drawing ire from Internet users Sunday. Supporters on Friday created an event page for January 15, the day President Vladimir Putin's biggest critic Alexei Navalny will hear his verdict in a controversial embezzlement case which could see him sent him to prison for up to 10 years.

Russia's Internet watchdog Roskomnadzor said Sunday that the page has been blocked on orders of the general prosecutor. The prosecutor "demanded to limit access to a number of resources calling for an unsanctioned mass event, including social networking groups. The demand has been fulfilled," RIA-Novosti news agency quoted spokesman Vadim Ampelonsky as saying.The Facebook event, called "Public gathering to discuss the verdict", had over 12,000 people signed up at the time it was blocked, and now opens only through a non-Russian IP and only for non-Russian users. Navalny, whose leadership role in the opposition was built up over the years via his popular anti-corruption blog and carefully-managed Internet campaigns, criticised the social networking giant for quickly bending under Kremlin's pressure.

"It's a rather unpleasant and surprising behaviour by Russian Facebook. I thought they would at least demand a court order rather than rush to block pages as soon as crooks from the Roskomnadzor (the Internet watchdog) ask," he wrote on his personal page. Former US ambassador to Moscow Michael McFaul wrote on his Twitter blog that the block set a "horrible precedent" and that Facebook should correct their "mistake" as soon as possible. Supporters quickly signed up onto newly-created event pages and made new ones blasting Facebook's "censorship". Navalny, a 38-year-old lawyer, is accused together with his brother Oleg of embezzling nearly 27 million rubles (more than half a million dollars at the exchange rate at the time) when Yves Rocher Vostok, the company's Russian wing, used their delivery firm. The case is only one of many against him. A previous probe into embezzlement of a state timber company saw him sentenced to five years though the sentence was suspended later.

At their core, social networks are about connecting and enabling communication between people who might know each other or might not know each other, on a common topic of interest or through connections in the social web.

The beautiful thing about a pervasive service that everybody uses, is anybody can be reached by anybody else without doing anything complicated like being part of multiple networks.

The problem with a pervasive service is that if the company that plays caretaker to that service is weak, then you've got one of the best tools ever invented for not only putting the kibosh on protests, but a time-stamped record and investigative tool to look back and prove just how crazy that guy really is.

The problem is not social networks, its the caretaker company more concerned with its own survival and profit than the utility and neutrality of the network. There is no way around this issue. The bigger the company, the easier it is to pressure them if you're important, as we see with the Russian situation above.

The problem is Centralization. The fact is, a single company pressured in this way will always give in if they perceive the potential damage from declining the choice to be worse than the push-back theyll get from their users for giving them up.

Decentralized social networks are not a panacea, but in this particular circumstance they just dont have the vulnerability. Russia or any other country for that matter can achieve censorship simply by looking at Facebook like a big fat sheep and baring its teeth menacingly. Facebook might be able to hold out for a while, demand a court order before complying as part of its policies and procedures, but when the ability to do business in the country relies on the continued good will of that countrys leadership, you'll find its an easy choice for them to make, future public handwringing not withstanding.

On the other hand a decentralized social network has no company with servers behind it storing user updates. One or many companies only make and improve the open source software utilized by users and organizations to collaboratively create the network through the process of using it. Sure, Russia could threaten the creators of the software, but as they have literally no control over what it is being used for and by whom, the threat is for public eyes only.

Think about social networks as seacraft. A decentralized model is like a million rafts loosely lashed together, one for each user. It can grow as large as is necessary in any direction. If necessary it can be separated into chunks that will still each operate as a raft made of rafts. The Facebook model looks a bit more like the titanic, as the number of users grow the ship must get bigger. Its not only more troublesome to scale, but presents a huge target to anyone looking to mess with a lot of people.

These things dont exist yet; technologies like STORJ and MAIDSAFE represent the fascinating development of decentralized, peer to peer storage and computing networks that could power such a thing. But the first shot has been fired in the battle over the purpose of social networking. If all you wanted was dogs wearing hats, nothing has changed for you. If you think social networks can do social good that won't necessarily be approved by the status quo, you should start thinking about decentralized social networks.