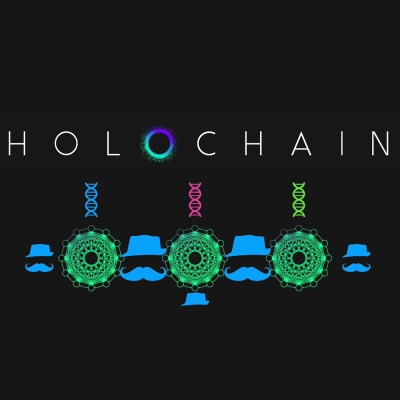 Holochain has been a project simminging in the background of the blockchain space for several years now. The promise has been a panaceaic solution to the performance and scalability issues facing decentralised hosting platforms. It’s an oft heard claim, but, as founder Arthur Brock expounds in this interview, by giving up our insistence on global consensus in favor of discoverable and verifiable local state, a world of options is opened to us. This kind of discussion follows from the Secure Scuttlebutt and Urbit episodes. It raises, and offers answers, to questions of data vs agent based ontologies. But most interesting of all, it forces us to reconsider why we wanted to use a blockchain in the first place.

Arthur Brock from Denver Colorado Interested in alternative currencies in 2001 Self organising companies are just a form of currency hacking Discovered what a huge leverage point for change currency is Change the business incentives and all business will reshape towards those incentives The Future of Money, Bernard Leotard 2003 alternative currency became main gig Metacurrency project 2004 Met Harris Brown Currencies as more than money - symbol systems that we use to coordinate at scale Out of metacurrency project came Ceptr 2006 Interact/transact with anyone else without intermediary Required a reinvention of most of the communications stack. Modeling on nature - biomimicry Prototyped for rewrite of computation, communication, commerce Took piece of Ceptr and built Holochain, completed in Go in 2017 Bitcoin neither blindsided nor felt like a culmination of work Seemed like a ham handed design Questionably successful Has captured a large following Has not achieved what Arthur Brock wants to achieve Not to dismiss blockchain - if nothing else it has prepared public consciousness and awareness for dealing with these problems. Blockchain has altered the discourse Pulled discourse in a crazy direction Recreates unhealthy patterns turbocharged Definitely need new money but need to do it in a manor that does not amplify volatility and wealth concentration Recreating old problems won't get us somewhere new Core issue is validation, not consensus Everyone must use the same validation scheme to participate in consensus [validation is more fundamental than consensus] Push for global state is a lazy way of modeling problems In reality there is no global state or time. Only relative state and time. Holochain uses an Agent Centric approach rather than a Data Centric approach. Each agent has their own chain for an application, only tracking the agents activity. Genesis block of each chain includes a hash of the source code of the application. State change/transaction might include: [hash of source code], [identity], [data], [signature], [time stamp] Publishes own block header to validating distributed hash table Content addressable Easily shardable Automatically validated Automatically tamperproof Automatically ordered enabling global discoverability of local state Each application is a separate peer to peer network & DHT, only syncs and validates with other app users Hash of app source code not only acts as address of app data, but also provides rules for validation. If you look at the way the biological world works, you can follow the patterns to a similar model to Holochain In Blockchain Data has first order independent existence, in order for us to know what the state of this metaphysical, magical data really is we need to have global agreement between interested actors/agents. Actors/agents have been removed from the ontology. In reality, data is always the result of an action and has as an attribute, authorship. It cannot exist on its own. Breaking authorship breaks data integrity. Ergo, agents have first order existence and data second order. The difference between data and agent centrism lies in ontology - what exists, what you have to build with, and what you have to build on. If you start the ontology with data existing and someone whats to change the data, you need a system for enabling that data to be changed. If you start your ontology with agents existing, then authorship and provenance of data can be tracked and, in accordance with associated rules, authority to change data. Maintaining data provenance allows the maintenance of fundamental integrity. In Bitcoin you have a single described timeline in a massively simultaneous system. We know that there is no absolute time. To force a construct of an absolute timeline is to burn energy constructing a fiction. The reason this approach was taken was the political agenda of Bitcoin & blockchain - to take away accountability through anonymity. Accountability = continuity of action. In distributed computing, consensus refers to leader selection: selecting a single agent that decides what events have taken place during their tenure, from their perspective. Proof of Work & Proof of Stake are both centralising - if you win this round, then your odds are better for the next round, all mechanisms considered. Holochain was developed to take on blockchain as a pattern that offers speed and scale. It is hard to see how blockchain can stand up to this pattern. Did an ICO - mobilised community assets Holochain doesn't have a currency Is a non-profit foundation Provides a distributed data integrity framework for building peer to peer apps, including currencies. Holo is a hosting framework that bridges Web 3.0 apps and Web 2.0 browsers. Aims to compete with AWS using the airbnb model Holofuel currency used on the Holo network will not be immediately open source to prevent explosion of shitcoins. Holochain has been in existence for 2 years. The first prototype, built in Go, was abandoned Rebuilding in Rust. Recently 10th alpha Closed testnet Soon will ship Holoport home server devices - $1MM crowdfunded through kickstarter. AF: Joe Lubin says “Ethereum will be the only global settlement platform” Is blockchain primarily a financial platform tool? Will it have to step aside for another model to support the decentralised web of information? Real genius has gone into the building of Ethereum & the management of global state through patricia trees. However, requires state channels and sidechains (state localisation tools) to reach “web scale” If you start with the assumption that state is local there is no need for this added complexity. State channels are an example of agent centric design.