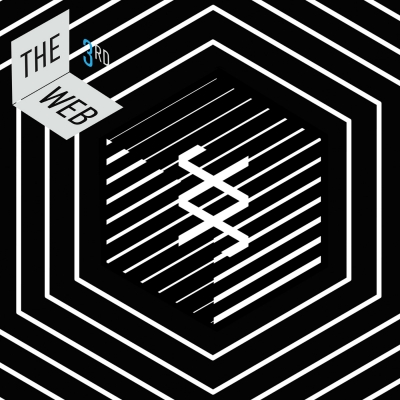 The Third Web #14 - Dawn of an Ecosystem: Substrate & Polkadot

Care of DFINITY I was privileged to attend the Web 3 Summit in Berlin last year. While there I interviewed Aeron Buchanan, the Executive Vice President of the Web 3 Foundation and Gavin Wood, Founder of Ethereum, Parity, and the Web 3 Foundation. These guys are two of the individuals that launched the programmable blockchain revolution and these interviews plot a course from the founding of Ethereum to their vision of the decentralized web and give us a trajectory beyond. A quick production note. These interviews were filmed in the style of the other filmed interviews on The Third Web, unfortunately the footage was lost to a dead macbook leaving only the audio. As I usually cut myself out of the filmed interviews my contribution is less geared for production.

Was Ming Chan hard to work with? Came later Eventually delivery of Ethereum was on course. A CEO or COO type role was needed. Eth foundation was not doing much at the time. The plan was to transition EthDev responsibilities to foundation After a worldwide search Vitalik chose Ming Chan Aeron transitioned out shortly thereafter

Web 3 Foundation Drives the development and deployment of polkadot. Parity is building the rust implementation The runtime of polkadot is Parity’s Substrate.

How do you build decentralised messaging and storage? We are leaving that to others like IPFS. Proof of replication is something that people who looked at proof of storafge instead of proof of work overlooked. Whisper and Secure scuttlebutt are interesting options Coordination can happen on the blockchain but messaging on the blockchain is a non-starter.

When will all this stuff come together to make ausable platform? We are not yet at a stage of maturity. The technologists building all of this know we are not at the end yet. We started with scripting Moved to scalability, reputation, messaging & everything else. We are not yet through the checklist. Polkadot takes us 95% of the way to scalability The next one is reputation. No clear solution yet.

Whats the challenge with reputation? Proposals look at the result rather than the approach. Reputation is different in different contexts. There must not be an originator. Reputation must be decentralized.

You are also working on something called Substrate . . . Parity’s gift to the blockchain building community. Geared to creating new chains easily. A turbocharger for blockchain development. Moduralized toolkit. PoS mechanisms, DAOs, balances, governance & voting mechanisms. It is as if departments of a nation state. Parity are building the templated for those departments. The biggest advancement is the ability to upgrade itself Based on WebAssembly Run as a blockchain engine The blockchain’s code under substrate is compiled into Wasm.

How do you upgrade? There is a state transition function that describes how the ledger changes from one block to another. In the past it only applied to smart contracts and balances In Substrate the blockchain stores consensus information and a blob of Wasm code that stores the blockchain protocol. The transition function uses this to determine how transition should occur. The blob can alter everything and the blob itself can be updated.

What is the importance of these kind of systems for defending personal freedom? When the internet began, the user was free. - No man born into chains. This is no longer the case. Today we need to know who, why and how we are being controled or manipulated. We know the who - Corporate interests. The why is more comp;icated - to make more money, but increasingly to capture more data for other purposes - learning, prediction, targeted advertising, memetic feedback loops, political manipulation.

How do you prevent that? Think how are they doing this? It comes down to centralization The fewer organisations that are used to access data and the less the individual control, the more they are able to control. We avoid this by reducing our exposure to these central points of control. We live in an economic world. This is fine on an individual level, but bad on a national scale. We need to restrict nexuses of power and make sure that power is transparent. This is what we are trying to engineer with these components of Web 3