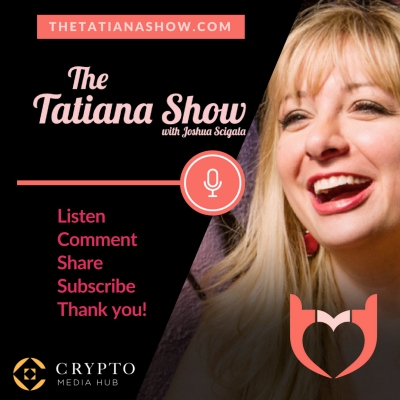 Even though I am in Acapulco, and the sun is oh so alluring, I still found time to do an episode with Dan Spuller from the Chamber of Digital Commerce to talk about the upcoming Summit.  We also got an update on the recent work being done in DC on behalf of the Blockchain community by Dan, Perianne, and their team. Co-Host Joshua Scigala was able to join, which was great as he has been tied up with fundraising and speaking publicly at a variety of conferences for Vaultoro.  We mentioned the upcoming release of Proof of Love as well, releasing on Valentine’s Day

Daniel Spuller is the Director of Member Services for the Chamber of Digital Commerce. Prior to joining the Chamber, he held senior-level positions in North Carolina’s Department of Commerce and Department of Transportation.

Since 2012, he has been an advocate of decentralized digital assets, bitcoin, and blockchain technology. He was instrumental in facilitating negotiations between the Office of the North Carolina Commissioner of Banks and the Chamber of Digital Commerce. The Chamber was successful in driving a multi-stakeholder campaign leading to the passage of America’s first comprehensive blockchain-related legislation through the North Carolina Money Transmitters Act of 2016.

Spuller most previously served as Administrative Officer to the North Carolina Turnpike Authority, overseeing the integration of toll technology interoperability between states, and the electronic collection of $41 million+ in revenue on the first toll road in America built exclusively to use only cashless-collection technology. He was later was appointed by North Carolina’s Secretary of Transportation to serve as a member of the NCDOT Autonomous Vehicle Roadmap Project.

In 2014, Spuller co-founded the Cryptolina Bitcoin Expo, North and South Carolina’s conference dedicated to the bitcoin and blockchain industry. The conference won accolades from across the community, and welcomed hundreds of industry professionals to Raleigh and Charlotte in 2014 and 2015.