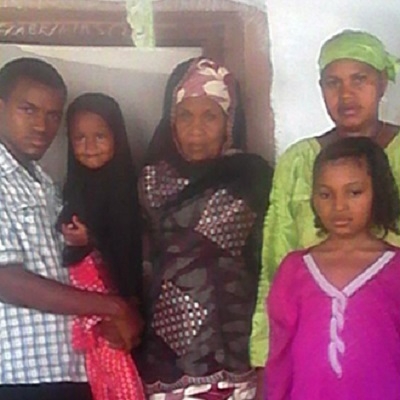 The Story of Chero from Sierra Leone: Interview with dmnyc, Part 2

In part one, I interviewed Daniel Modell (dmnyc) about the ChangeCup project he started, using ChangeTip and Bitcoin to buy coffee and food for the homeless during the cold winter in NYC.

When I asked him whether he had anything else he wanted to share during the interview, he said he had been corresponding with a young man named Chero, whom he met on Facebook. When I learned about Chero's life, I was struck by the small amount of money, by US standards, that could help someone else so much. Modell said:

For about two months, I have been corresponding with a young man from Sierra Leone, Africa, by the name of Chernoh Sow, or “Chero,” who has been very active in raising awareness to fight Ebola, which has been wreaking havoc in his country. We first connected on Facebook after I found a cause that was accepting Bitcoin donations, called Bitcoin Against Ebola. Lacking a computer and smartphone, he mostly gets online through a fairly basic feature phone, or occasionally through a smartphone he borrows from a relative, as well as through an Internet cafe that charges about US$1 an hour, which is quite expensive for him. 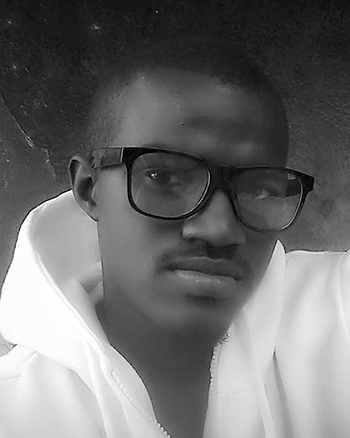 He was forced to drop out of college due to some family emergencies, and has put on hold his dreams of studying computer engineering to help his mother sell bottled water and popcorn at night in public parks, where they won’t be seen by the authorities. The health crisis in his country has cut off access to his avenues for other employment.

I asked him to write me an email describing his situation, and he came back to me in a very short time with a detailed account of the last year of his life, which I am including in its entirety below. I only edited the letter for grammar and clarity. All of the thoughts expressed are entirely Chero's. I introduced him to some of the people in my ChangeTip group, and we decided to raise funds to buy him an inexpensive tablet. We settled on a model that ran about US$110, and purchased it, along with some accessories, including a solar charging panel from Amazon using Purse.io. I’ll be configuring it to send it to him this week, and it is my hope that he can use his gift of communication and desire to succeed to achieve the education he needs, and become a productive member of the Bitcoin community, and a representative on the ground in West Africa.

It's difficult to use Bitcoin in Africa. "There are no exchanges there," said Modell, "but we are hoping to find businesses that will help convert Bitcoin into the electronic cash they use. Sierra Leone already has mobile money, but it's centralized. The two main companies are Splash and Airtel. If we had a way to connect with those companies to explain the benefits of Bitcoin, it would become much easier to send funds directly to people like Chero." 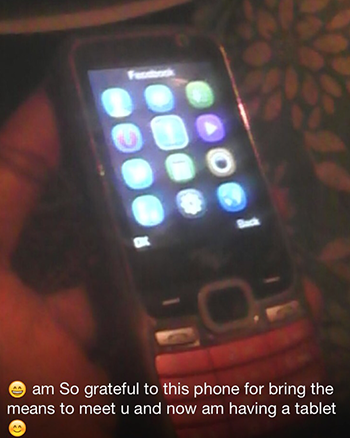 My name is Chernoh Saeed Sow. You can call me "Chero" for short, as my friends do.

I was born poor, and I am still poor, but despite this situation, I believe that I can change my life for the better with the most powerful weapon in the world: knowledge.

I am a 22-year-old university dropout, due to my lack of financial aid, but I think of myself as being like Bill Gates, who was also a dropout, but became a success. I have decided to focus on online learning as a way to get wider knowledge faster than is available at my university here. I just can't stop yearning to become a computer engineer in my future career, but the main tool I need to get started with my plan is still missing: a computer.

Here in my country of Sierra Leone, we don't even have the opportunity for each university student to use a computer in the classroom. We usually have four students to a computer during lectures, which makes learning very slow. I really need help to get a computer so I can enroll in Internet courses and get on the fast learning train.

I am the the eldest son in my family. Besides myself, my mum has two little girls, and I have two stepbrothers and one stepsister. I was raised by both of my parents, and we managed to survive in our family home until they sent me to university after my high school graduation. After I started college, my dad turned against my mum and divorced her, abandoning us and renting an apartment for his second wife and their three children.

Life became very difficult for me, my two sisters, my grandma, and my mum. I was not able to continue at college because of the cost, and I joined my mum in the street, selling things in the park and at busy traffic stops. My mum sells bottles of water, other drinks, and popcorn. I even had to sell my own bicycle to raise funds to get small things to sell, but we didn't make very much money and ended up eating all the profit. My grandma is around 70 now, and she is often sick, so our savings have been spent on her medications. Due to the hardship, I moved in with a friend just to reduce the number of mouths my mum had to feed. I am very stressed about my education, but there is nothing I can do about that on my own. My dad has money for his new family, but we are suffering! I am left to wonder why.

In May of 2014, the Ebola outbreak hit Sierra Leone. It was brought here from our neighboring countries, Guinea and Liberia. Our people started dying every day, due to strange virus symptoms that resembled malaria and cholera. While it was killing many in the eastern part of the country, our government was busy trying to fool us with political campaigns. The virus struck my uncle's house in Kenema, in the eastern part of the country, killing his entire family: my uncle, his wife, three children and their housekeeper. My uncle's house was completely wiped out by this deadly plague! The Ebola virus spread to three quarters of the country before our government even declared a state of emergency. No public gatherings were allowed, and no trading after 6:00 p.m. could take place. Schools were closed, and flights were banned.

Things became much harder for poor people like us. After the virus arrived in the city of Freetown, everybody started to panic, and I was worried about saving my family. I was very scared my mum, two sisters, and grandma would get the virus because the four of them were sharing the same bed, and other things. I joined the fight against Ebola, and tried to raise some funds to help save the people of Sierra Leone, my only home. 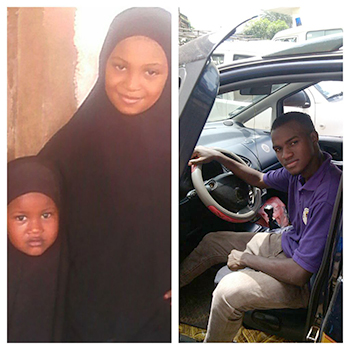 The condition here is so pathetic. Hospitals are being used as Ebola treatment centers and thousands of medical doctors have joined the fight against Ebola here. Because of this, people are scared to visit hospitals, and the government has banned people from being treated by pharmacies. This actually boosted the death rate here. Since November, I have been suffering from pile (hemorrhoids), side pains, and ulcers, but I haven't had any treatment yet due to lack of funds for my medication. To get treatment here means having medicine smuggled to us. We have to pay bribes to take treatments in secret, because doctors have been banned from helping us. The reason is that some doctors and nurses were treating people with Ebola, and they got sick themselves and died.

I really need help to get my treatment before things get worse. I am pleading with my new friends outside of Africa who I met online to help me to get treatment. We now have a Chinese clinic that treats people, and they have have powerful drugs and equipment and scanning for other diseases, but they are very expensive, and ask for payment before they will see you.

I was asked to leave the apartment I had been living in since February, because I could not pay in full for the year, and the costs for the homeowner have been increased due to the hardship in the country. I had been paying US$100 per year, but the price has now jumped by 20%, and I can't afford to pay the increase because I don't have a job or a business to earn that amount of money. I am presently living with four friends in a single room. I don't feel safe with this situation, but am managing until I can get my own apartment.

Ebola is transferred through bodily contact, and living four to a room is a very risky habitation. The government is warning against public gathering! I am kindly asking for help to get my own apartment, where I can set up my LAN, resume my studies and continue my project plan.

When I am in a better situation, and have the ability to take online classes to gain knowledge, I want to help my mum and my family. I dream of one day going to visit America, and studying in a real university. I know that with education, I can change my life for the better. I will never give up, no matter how bad things are for me, and I believe my motto: "Technology empowers creativity."

Thank you for reading my story.

[Author's note: Modell will donate the value of any LTBc rewards for this article to Chero.]