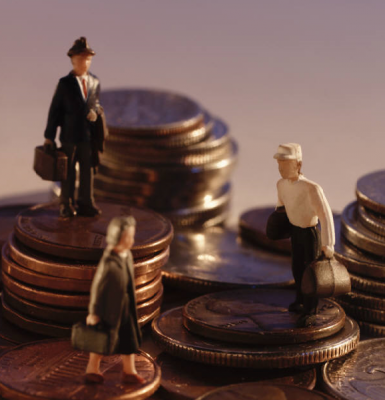 The Possibility of Alternative Incomes 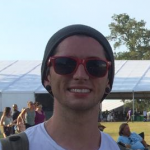 I imagine everyone would prefer to get paid for everything they would like to do or are already doing. Since the Industrial Revolution, traditional economic theory suggests that developed economies such as the United States and Eurozone depend on labor specialization. The theory contends that with technology peoples' lives are easier and better, and therefore people should specialize around a few specific skills and play their part on the assembly line of modernity.

However, over the past fifteen years, you may have noticed that these age-old concepts have been slowly disrupted. Just look at the exploding growth of the "sharing economy" and the increasing transition of the modern workforce into freelance, work-from-anywhere employment.

In fact, the financial software company Intuit released a study in 2010, named the Intuit 2020 Report, that predicts "the number of contingent employees will increase worldwide" over the next decade, and that the United States will see "contingent workers exceed 40 percent of the workforce by 2020". Now, if these projections are at all accurate, the US economy will look and function quite differently than it does now with only 42.6 million contingent workers (a third of the workforce).

To redirect our focus a bit, we consider the possibilities of having employment or compensation mechanisms even further outside of the status quo. Take into consideration loyalty programs, reward points, frequent flyer miles, cashback bonuses, and the various ways consumers benefit from the very act of consumption.

Next, imagine a unified system where all of this compensation can be redeemed for some relevant value and then utilized for whatever it is the consumer wants or needs at that moment. Such a concept, or technology rather, would allow for the frictionless transfer of value from one closed system to another or to an open system where value can be "cashed out" for general use.

Finally, look around at everything you do on a daily basis: the apps you use, the websites you access, the content you consume, the services that are provided to you, and the goods you purchase and expend. What are the things you have little to no incentive to do once your consumption has been completed?

These simple acts take very little time out of one's day, but that time is no less important when there is nothing more than personal satisfaction obtained from them. Or maybe getting rid of those annoying "rating" reminders every time you go to use some particular app. Still, in those situations, the majority of us just tap "remind me later" and never complete a review or a rating. The same can be said for Yelp or Amazon reviews or any other collectively beneficial act of analysis. The incentives just are not there for most people, but that does not mean they will not be there eventually.

The big "what if" that we have to be working towards is the possibility of applying those same consumption rewards to essentially every aspect of a particular act of consumption. The best example of a phenomenon like this comes right at the moment when we bring the promise of Bitcoin and cryptographic tokenization into the picture.

Take what Adam B. Levine and the folks at Let's Talk Bitcoin have created: a crypto-reward program that incentivizes users to participate through the act of distributing LTBcoin (LTBc) at a predictable rate and in equitable amounts with regards to specific metrics of participation, including content creation. Although no one can be certain of the long-term success of LTBcoin, it can be said that the process of incentivization does indeed work and that if similar reward systems were created for, say, reviewing that email app that will not leave you alone, then you might actually review it.

To examine this topic a bit further, we can look into the ambiguous nature of cryptographic tokens, the process of "mining" as an alternative to traditional labor, and the implications of a world where people are actually getting "paid" to make things better for everyone else.

First, let's get the point across that digital tokens based on blockchain technology, no matter how innovative, are not "worth" anything in the conventional sense. This is why many mainstream economists, business leaders, and politicians, cannot seem to come to terms with how something you cannot physically touch came to be worth $1200 last November.

As cryptocurrency proponents, crypto-anarchists, or wherever you fall in between, we understand that it is not the token that has value, but rather the token is a share of the total value of the network - whatever it happens to represent. The concept of the DAC (Decentralized Autonomous Corporation) comes to mind as one of the best ways of describing these previously nonexistent financial instruments or structures.

And so, just as the shares of a physical corporation have no value separate from that of the value of the business it represents, the tokens of a particular cryptocurrency have no value outside its community, network, and use case. However, what separates cryptocurrencies, tokens, and user-created assets from the "share" is the distributed access that comes with them and the near-zero cost it requires to generate them for some specific purpose.

Our next examination ventures into the world of "mining" and the realization that mining is directly analogous to labor in general. Proof of work, proof of stake, proof of burn, proof of participation - the list could go on and on. These systems of value creation are an integral part of the life and well-being, if you will, of a digital token or currency.

The requirements necessary for mining are essentially the crypto versions of those skills you have for your specialized job in the modern economy: the difficulty is your skill level, experience, or tenure; and the payout is your salary or wage. Of course, mining is not totally comparable, but hopefully you get the gist of it. Returning to the analysis of mining as a labor alternative, we can see that the process is comparable to the distribution of reward points for certain types of consumption.

With LTBcoin as our primary example, it is obvious how a basket of similar reward processes could help in providing supplemental income while also enriching the networks that distribute the tokens. Individuals could be awarded redeemable digital assets, like reward points, in exchange for providing beneficial information, like reviews, which would then create a circular incentivization process that betters the network or business and its users or consumers.

In conclusion, we imagine a perfect utopian world where products and services are aligned almost flawlessly with the demands and desires of all consumers and where everyone is being happily rewarded for what they are already doing. Yeah, probably not, but we can build castles in the sky for a time.

Realistically, we can see the possibilities of applying the budding technologies of cryptocurrencies, digital tokens, and user-created assets to a vast amount of currently unincentivized, voluntary consumer actions. In addition to these, we see the applications of our beloved blockchain protocols as necessary replacements for the closed reward environments of the present.

With consideration for the implementation of truly redeemable and usable cryptographic tokens - whether pegged to a particular value, or floating in the free market - we imagine the possibility of alternative incomes.