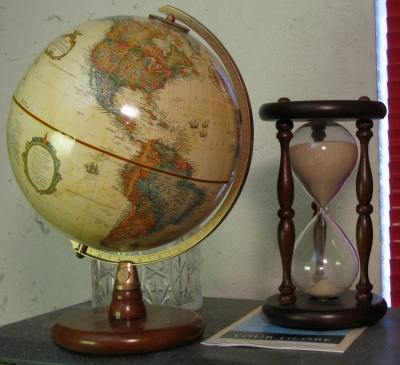 The Future Of Currency: Time-Based Asset Tokens and Experience Coins 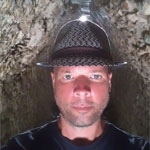 The proliferation of cryptocurrencies has caused many to question the very definition of currency. The introduction of user-created assets, network tokens, app coins, and other Bitcoin 2.0 jargon represents our attempt to name something similar but somehow different than currency. Bitcoin itself has many attributes that fit the definition of currency, and yet, many of its attributes do not resemble currency at all.

Regardless of the terms used to define a currency, currency does not have value in and of itself, rather, its value is a reflection of its function. For example, the dollars in a person’s bank account don’t have value per se. What gives those digits value is their function: the ability to obtain goods or services at sometime in the future. If a bank account balance is also earning interest, then the income generation comes into play. Fair enough. However, if function is really the most important aspect of any currency, we should be focusing on function, not value, in our creation and use of new cryptocurrencies.

With the advent of Mastercoin, Counterparty, Bitshares, Dogeparty and other blockchain-based crypto-platforms, almost anyone can instantly create a currency, asset, or token (let’s refer to all of them as tokens for simplicity sake). But merely creating a token does not give it value. For some tokens, like with bitcoin, the value is determined by buyers and sellers. Bitcoin is therefore an example of a market-based currency. However, what could become even more powerful than a market-based currency is a time-based currency (or, alternatively, a time-based asset, event token or ticket coin).

Time And Place Based Assets

A time-based asset is simply an asset whose creator has used time as an inherent determinant of its function. We already use time-based assets in modern day life. In finance we call them options: investors can buy puts or calls that give them rights to buy or sell a certain stock at a certain price on or before a certain time in the future. We also have time and place based assets, and we call those assets reservations or tickets. Reservations and tickets represent the right or privilege to access a certain place at a certain time.

While stock options can be readily traded on a marketplace based on supply and demand just like a currency, reservations and tickets are often non-transferable (not because the holders don’t wish they were transferable, but because the issuer does not want them to be transferable). All stock options are worthless when they expire, and tickets or reservations for events that have already taken place are also worthless, however the expiry date is a critical function or feature of these assets. Placing an expiry date on cryptographic tokens could open up many new functions for currency.

Applications For Time Based Tokens

Time is the ultimate asset, and if we consider our human lives as a sequence of events, then we should start thinking about currency in terms of its ability to give us access to events and experiences.

The benefits of moving toward a tokenized future are many. The production, issuance, security, and payment barriers inherent with legacy forms of ticket issuance, reservations, or stock options come at a great cost to society. Unlike current forms of time-based assets, cryptographic tokens with expiry dates offer these benefits:

Potentially the most rewarding benefit to society in the proliferation of time-based asset tokens or event tokens is the capability of the holder to trade or cash out of them at will. As long as someone else values whatever privilege the token you hold enables, there will be a market for that token and the holder should be able to easily sell any token they hold.

As exciting as the Bitcoin 2.0 protocols are, creating a currency that is durable and that will withstand the test of time is practically impossible and not even really that desirable. Gold is possibly the only form of currency that has lasted more than a few hundred years. We should not emphasize the long-term durability of any cryptocurrency since durability is not the ideal role for modern currency.

Currencies tend to be temporary by their very nature. Cryptocurrencies in particular will struggle to last decades or centuries. However, most cryptocurrencies can be relied upon to last a few months or years, which makes them perfect candidates to be used for the issuance of time-based event tokens. With event tokens, we are not creating a token to stand the test of time. Instead, we are creating it with an expiry date built into the issuance. Oh, and the regulators might see short-term currencies in a different light than gold-backed currencies or tokens that are designed to store value.

When we consider creating tokens for real world applications, we should feel more confident about issuing a token that will expire a few months or years from now than we might feel about trying to issue some kind of commodity-backed asset, or any other asset that is meant to last forever. The reason is that if the underlying blockchain upon which that asset rides experiences any sort of failure or disruption, it could forever taint or ruin any asset riding on top. With event tokens, this failure risk is mitigated by the fact that the token will expire soon anyway. Indeed, the market might discount the value of any extraordinarily long-term token due to this very risk, in the same way that buying put or call options with long-dated expiries are more expensive to buy than options with very little time (theta) left before expiry.

Quality Of Experience Is The Only Asset That Really Matters

Humans do not last forever, so why should we expect the assets we hold to last forever? Real value and wealth is having access to events and experiences in the future, not holding some amount of digitized fiat currency in a bank account. Even the receipt of goods and services is really just access to an event (the receipt of the good or service) at a certain time and place.

In conclusion, as we blur the line even further between currency and assets, we quickly realize that basically every valuable aspect of life consumes time. Time is the one asset that we all share equally and the quality of our experiences during that time is really the only asset that matters. Every currency or asset is merely a temporary claim on the benefits provided by that asset. Therefore, currency ought to evolve into a myriad of time-based asset tokens that are liquid and interchangeable among all of humanity. Cryptocurrency represents the technology that shall provide us with precisely such a reality.

So before you go about trying to create the next stablecoin to rid the world of volatility -- which is not a problem at all, but merely an expression of market behavior -- why not think about what people actually want to do with their time, and issue tokens to represent those precious experiences? Why not call them experience coins?