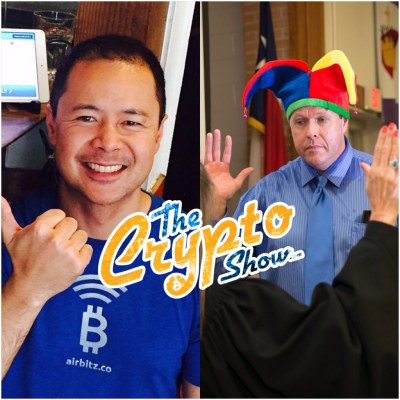 The first hour is spent talking with Paul Puey of Airbitz on the new API plugin to integrate Airbitz into other apps as mentioned previously this week in an article by Jamie Redman on Bitcoin.com. https://news.bitcoin.com/airbitz-bitcoin-third-apps-plugin-api/

We also touch on Edge Security and the Arcade City, Airbitz partnership.

The second hour is spent talking with Travis County Republican Chair Robert Morrow who is also a Presidential hopeful as an Independent write in. Robert is an epic level troll to the Republican Party and lays it all out against Hillary and Trump with some pretty wild accusations. We don't necessarily endorse anything he says but it's pretty entertaining at times. Original air date 8/17/16 on LogosRadioNetwork