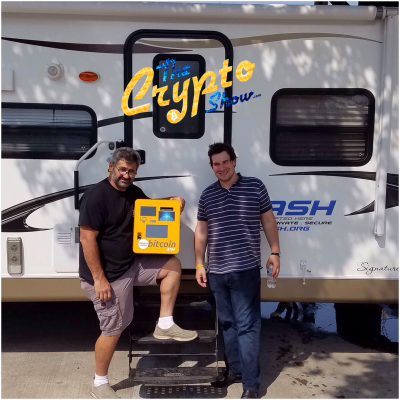 Tonight’s episode has John Ferguson of “Technology and Choice” podcast sitting in as co-host for Danny who is on the road in his “Crypto Cannabis Tour” to bring the General Bytes Dash and Bitcoin ATMs and the Alt36 Dash point-of-sale systems to cannabis dispensaries and other establishments in states where marijuana is legal. In short, to “bank the unbanked.” Danny describes his success so far in installing an ATM at a computer shop in the heart of the cannabis district in Denver, and his lack of success so far in getting some gun shops to take Defense Distributed’s Ghost Gunner into their inventory. He also details the plans for the rest of his trip that has just begun. In the first hour we also have guest John Cassaretto of Build Liberty to discuss the recent ransomware hack that took place in over 100 countries.