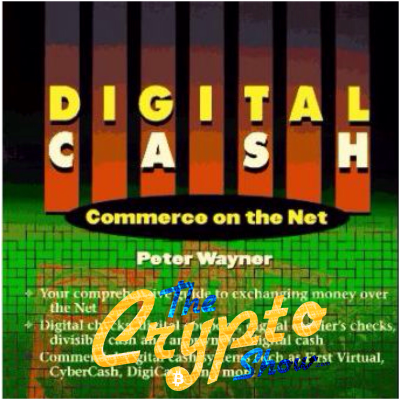 The Crypto Show: Peter Wayner, Did I Invent The Blockchain? Plus Chris Odom On Bitcoin Full Nodes

On tonight's episode of "The Crypto Show," we talk to Peter Wayner, author of the books "Digital Cash" and "Policing Online Gaming," the latter of which Craig Wright visually displayed and talked about during our interview with him. We discuss with Peter whether his works predicted Bitcoin and blockchain and whether he may have influenced Satoshi. We also discuss his current interest, artificial intelligence.

Chris Odom, creator of Open Transactions and one of the developers of the Stash Node Pro and Stash Wallet, joins us early on during the interview with Peter Wayner. In the second hour we talk to Chris about the Stash Node Pro, get his opinion on a particularly controversial claim made by Craig Wright, and shoot the breeze about other things, including Brazilian Trekkies.