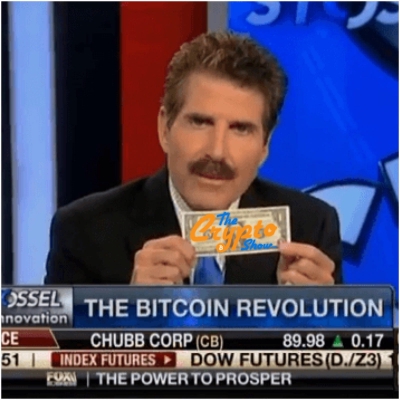 On tonight's episode of "The Crypto Show," our guest in the first hour is long-time broadcaster John Stossel. We discuss his interest in Bitcoin, his initial career as a consumer reporter and then his subsequent career reporting on government waste and corruption, his experience as a libertarian in a very Leftist-Statist media environment, and his current project, Stossel TV. In the second half, Danny and I shoot the breeze about this and that, I rant about the political Left and their failings, and we talk some about gun control.