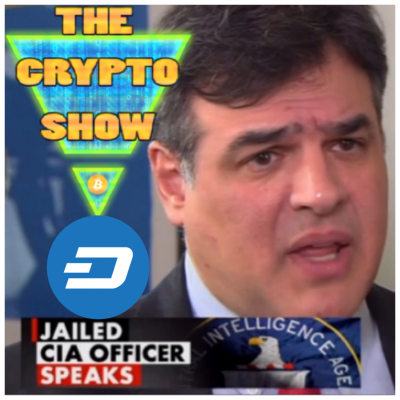 We start the show off with an interview of Evan Duffield of Dash, formerly known as DarkCoin.

Then we're joined by John Kiriakou, the former CIA agent charged with espionage for his role in exposing torture by the CIA. We discuss water boarding, secret prisons, and FBI frame jobs -- creating terrorists who were never there before the FBI created them. I highly recommend checking out the documentary Silenced on Netflix.