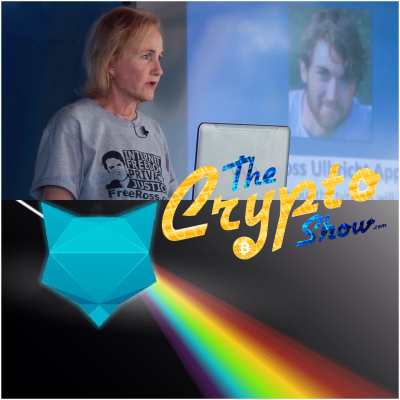 On tonight's episode of "The Crypto Show," we interview none other than Erik Voorhees, founder and CEO of Shapeshift, about Shapeshift's new product Prism, the world's first trustless asset portfolio. We discuss its cool features, impact on the market, and additional implications that widespread adoption of the platform could have on the crypto space. We also discuss the future of Bitcoin and altcoins and the recent run-up in prices.

In the second hour Lynn Ulbricht joins us on the second anniversary of the sentencing of her son, Ross Ulbricht, the alleged Dread Pirate Roberts, in The Silk Road trial. We go over the miscarriage of justice many times over that was his trial, sentencing, and the rejection of his appeal, and we discuss what options he may have left for seeking the freedom that he deserves.