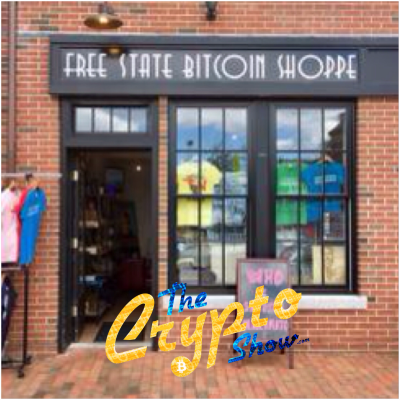 On tonight's episode of "The Crypto Show," we interview the founders and proprietors of the Free State Bitcoin Shoppe, Justin Zeiler and Derrick J. Freeman.

We discuss why the two moved to its location in Portsmouth, New Hampshire in the first place, and why and how Portsmouth has become one of the most crypto-dense cities on the planet. We also find out the inspiration for the whole venture and some of the many successes that the operation has had thus far. They also educate us on some of their best-selling products, including a very exciting and promising Free State Bitcoin Shoppe exclusive developed by Derrick, something called "Snowden Sticks." We also get their opinion of Bitcoin Cash and their insight concerning the suspension of what was the upcoming Segwit2x Bitcoin Fork, among other things.