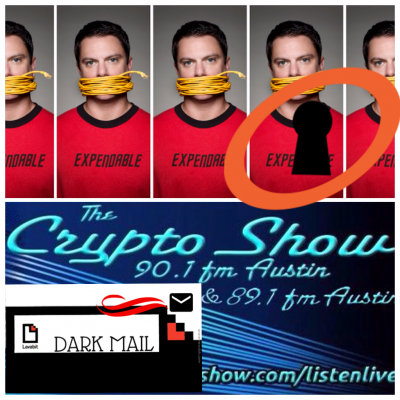 We're joined in studio by Cliff Baltzley, creator of Hushmail and partner of StashCrypto. Ladar Levison, creator of Lavabit and DarkMail, also joins in. This is all one show, not two separate interviews. This was one of the funnest episodes we've had the privilege of doing to date. We also have a cameo appearance by Darth Vader and Chewbacca.