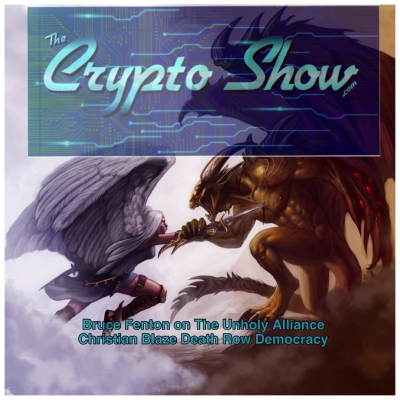 The Crypto Show: Bruce Fenton on the Blockchain Alliance

We speak with Bruce Fenton about the recent Blockchain Alliance, which has joined with the cluster of three-letter agencies who want to get their hooks into Bitcoin.

We start off the show with a local musician who wants to learn about Bitcoin. Then Christian Blaze of Death Row Democracy (DRD) fills us in on his plan to fully fund and pay out his web series of the same name.