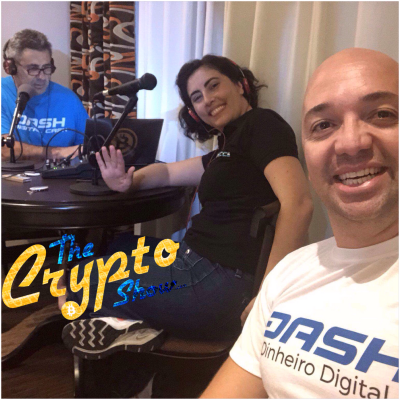 The Crypto Show At LaBitConf In Bogota With Dash Caracas, Brazil, Colombia And Acapulco On Board

On tonight's episode of "The Crypto Show," Danny is attending the Latin American Bitcoin Conference and brings us Dash enthusiasts from various countries in Latin America. This episode host five different Dash proposal owners I'd say that's a first. Our first guest is Eugenia, who hails from Venezuela. She tells us about the economic conditions in her country and how Dash and Bitcoin are already helping people who are suffering from the grip of their State's destructive socialist policies. We also discuss black markets and entrepreneurship in that country. Our second guest is Rod from the Youtube channel Dash Dinheiro Digital who discusses the unique and exciting ways in which Dash supporters have been able to promote Dash in Brazil. Then Juan Galt comes on to talk about the Dash proposal in which he is involved and the upcoming Anarchapulco conference. Our final guest is Edward Stoever from Dash.red, who explains the cool features of that website, a large Colombian retail business that accepts Dash, and other Dash goings-on in Colombia.