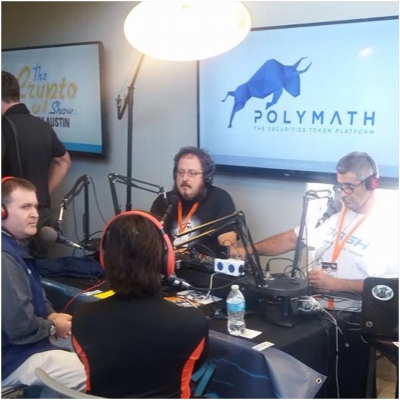 The Crypto Show At Day 1 Of The Texas Bitcoin Conference

On this special edition of "The Crypto Show," which aired live from 2-4pm CST on Saturday from the first day of the 3rd Annual Texas Bitcoin Conference, we interview Paul Puey, CEO and Founder of Airbitz, Marco Peereboom of Decred, Jason Sievert, and Jose Rodriguez of Bitso.

Paul Puey updates us on new developments at Airbitz, including a brand change. Marco Peereboom recaps some of the cool features of Decred and relates what's on the horizon for Decred. Jason Sievert describes his return from retirement as a lawyer to help regulators and companies navigate the world of ICO's and help both groups negotiate compliance issues. He also details for us some of the disaster relief efforts in which he has been involved. We finish off our broadcast with Jose Rodriguez of Bitso, who reminds us of the fundraising efforts by his company for earthquake relief in Mexico. We also discuss his future involvement in assisting Danny's soon-to-be on-the-ground efforts in Mexico.