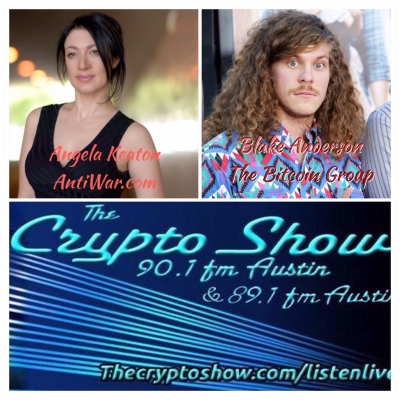 The Crypto Show: Angela Keaton of AntiWar.com and Blake Anderson of the Bitcoin Group

Angela Keaton of AntiWar.com talks about the Haiku contest in which you could win 0.5 BTC for writing an anti-war haiku using the hashtag #WhyImAntiWar.

We cover a few other issues with Angela before turning to Blake Anderson about the Bitcoin price and the Blockchain Alliance. We also get into the Syria issue a little bit.