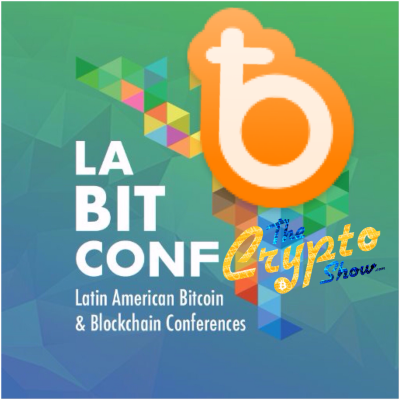 On tonight's episode of "The Crypto Show," we talk with our first guest, Aaron Lasher, Co-Founder and Chief Marketing Officer of Bread (formerly "Bread Wallet"). We the famed usability of their popular Bitcoin wallet, as well as their upcoming ICO, addition of Bitcoin Cash and Ether, implementation of exchange features, and their goal to become the go-to for ERC20 token trading and ICOs. We also talk about how they uniquely allowed those who held Bitcoin in their wallet prior to the fork to split and send off Bitcoin Cash.

In the second hour we talk to Gabriel Kurman of the 5th Annual Latin American Bitcoin Conference in Bogota, Colombia, December 14-15th. We dive into discussing the pre-eminent speakers who will be attending (including Evan Duffield from Dash) as well as the fascinating and all too pressing topics that will be featured. We also talk about the "Blockchain for Humanity" project and the RSK project, which could revolutionize Bitcoin and smart contracts. We briefly mention Danny's trip to Caracas, Venezuela, to meet up with Dash enthusiasts and representatives there, something which we will discuss much more in depth in subsequent episodes.