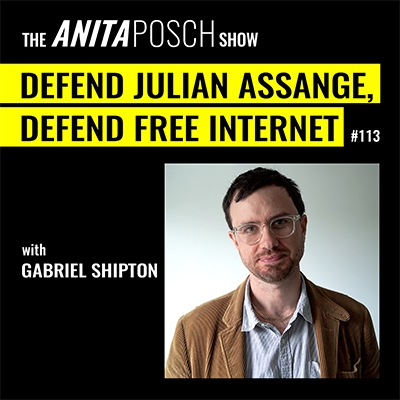 This episode was recorded on World Press Freedom Day 2021, the perfect date for a conversation with Gabriel Shipton, half-brother of Julian Assange. We are talking about the current state of Julian, who is the first publisher charged under the US espionage act and is awaiting further trials locked up in Belmarsh high security prison, the connections between WikiLeaks, journalism and Bitcoin and why and how Bitcoiners should support Julian's case.

Call for support and donations

The prosecution of Julian Assange can be stopped, but we need your help. An easy way you can do something is by donating as much bitcoin as you can afford through our portal at the below link. Our goal is to raise 40 bitcoin to pay for the appeal and associated campaigning. Donations are totally legal/tax deductible and are made through the Germany-based not-for-profit Wau Holland Foundation.