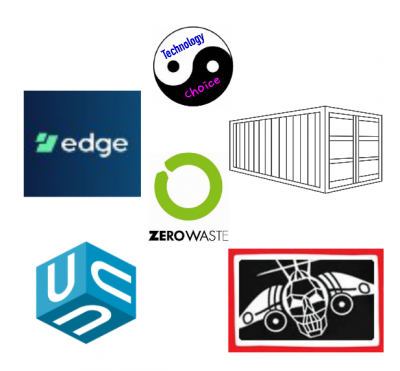 I had some great talks with folks at the Texas Bitcoin Conference in late October.

Paul Puey, CEO of Airbitz and the new Edge wallet, on taking the core concepts and success of Airbitz and taking it to a new level of reach and implementation, rebranding as Edge, and making it much more than just a wallet, but a real tool for security.

Julian Smith, Pres. and CEO of Blockfreight, about integrating blockchain tech into the vastly important movement of freight round the world.

Dhruv Bansal, Co-founder and CSO, Unchained Capital, about why "friends don't let friends sell Bitcoin" and the advantages of borrowing rather than selling an appreciating asset.

John Bushe, Pres. and Permaculture Designer for ZeroWaste, about the vast resources squandered in wasteage, the opportunities and benefits of exploiting them, and how blockchain tech is being targeted for integration to improve outcomes.

Ernest Hancock, Editor and Chief of the publishing and activist site Freedoms Phoenix, and host of the broadly popular radio show, Declare Your Independence. Ernie was at the conference to network and share the collaborative project called "Pirates Without Borders."

Thanks to Paul and Linda Snow, and all who made the Texas Bitcoin Conference possible.