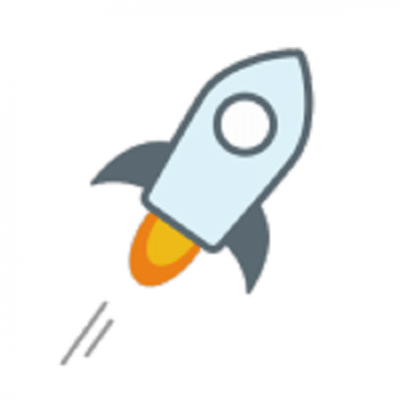 SecretBitcoinProject.com goes Stellar! But... why? 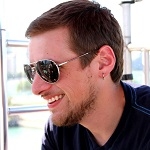 No I’m not referring to the Incubus song, although I like where your head is.

Rather, Jed McCaleb’s new project (formerly secretbitcoinproject.com) has finally come to fruition. Today users who signed up to be alpha testers received an email which introduced the new project: “Stellar”.

Before we begin, I would like to caution you that this article is not intended to give a full technical breakdown of any of the protocols described within. The information presented is intended to convey a very basic level of understanding and many aspects of the programs have been left out. There is also quite a bit of conjecture on my part. Though I have tried to be relatively unbiased and present the facts where there are facts and my interpretation of events where interpretation is needed, you may see things differently. I encourage you to post those differences in the comments so that we can talk about them further! I have a financial stake in both the Ripple network and the Stellar network.

For anyone who is familiar with Ripple, Stellar will sound quite familiar to you. This is because Stellar is essentially a carbon copy of the Ripple project of which Jed was a founding member. Ripple was Jed’s biggest pet project after selling Mt. Gox. Though it has received seemingly infinite amounts of scrutiny, it has also arguably seen quite a bit of success in its resiliency.

The question is: Why would Jed ditch Ripple and create basically an exact copy of it?  To answer that, we have to speculate a bit.

Before we go there, the following is a quick-and-dirty rundown of what Ripple is and what it provides for those who are not already aware. I will not get very technical here, and you can find more details on their website.

Ripple was created to provide a network that could seamlessly convert any one currency to any other in the middle of a transaction. Let’s say that we only hold U.S. dollars because that is the only currency we trust. We see that Alice is selling key chains online and they are really cool, so we decide that we are going to buy one. There’s one problem though: she only accepts Euros.

Since we only have dollars,  this would normally necessitate the conversion of USD to EUR and then somehow sending that  to Alice in Europe. All of this can be quite costly and time consuming. In many cases the international wire fees would cost more than the trinket to begin with. For the most part, we would just forget about the key chain and move on.

This is where Ripple came in. Ripple created a crypto-based network where users could hold any currency they want, and send any amount of that currency to another user. The transaction would be confirmed in seconds, and in those seconds between remittance/receipt, the initial currency would be converted automatically to whichever currency the receiver preferred. Ripple does this by providing a third “currency” known as ripples (XRP). Ripple the token is used as the third party to any currency exchange on the network. Thus, USD would be converted to XRP at the best possible rate and then converted to EUR at the best possible rate. This exchange can actually be done through any number of currency combinations, resulting in the best possible exchange rate on the market every single time. The best rate is determined through a built-in process known as “pathfinding”.

This is essentially what Stellar is as well. So why the fork? Again, much of this is speculation, but I will attempt to come up with an explanation here.

It is well known to the Ripple community that Jed had a falling out with the company that currently runs the core development of the Ripple Protocol – Ripple Labs. The first thing to understand is that Ripple Labs is a for-profit entity. All ripples were pre-mined just like stellars were on Stellar. These ripples were allocated to founders, early stage investors, and Ripple Labs. Like Stellar, the majority of the internal tokens were set aside by the core development entity for free giveaways. These giveaways would be used to promote the adoption and subsequent health of the network. In Ripple’s case, these giveaways and the exact nature of ripple distribution have been a bit foggy since the very beginning. This has brought enormous amounts of scrutiny from bitcoin enthusiasts and is still one of the main arguments against the platform itself.

It appears as though the decision to basically fork Ripple stems from a philosophical issue. Ripple Labs seems to have changed directions from Jed’s initial vision of Ripple. According to Jed, the initial vision was to provide a way for regular people like us to send payments in any currency, anywhere in the world, at little-to-no cost.

It appears as though Ripple Labs has decided to pursue other outlets for their platform by way of acting as a sort of back-end clearing house for financial institutions. This change in the tide seems to have been at the cost of basically ignoring the common user.

Because of this difference in vision, Jed stepped down from all of his responsibilities at Ripple Labs. He then announced to the community that he would begin selling what was left of his enormous founder's allocation of XRP on the open market. As one can imagine, this caused a crash in the value of XRP, since his one founder allocation would be enough to wipe out the entire order book of offers across all currencies on the network. Afterwards he would have still had a huge amount of XRP left. In case you were wondering, he never dumped the entire amount all at once.

In comes Stellar. Mechanically it appears to be almost, if not exactly, the same platform as Ripple. However, I can spot two key philosophical differences and one key mechanical difference right off the bat (there may be more).

The first mechanical difference I see is the total amount of Stellar that will ever exist. Instead of being a fixed amount like bitcoin or ripple, 100 billion stellar were created in the genesis block and more will be generated at a fixed rate of 1% per year. This introduces some degree of inflation which can arguably be good or bad depending on your perspective. The two main arguments in favor of the mechanism, according to the foundation, are to account for both lost stellars as well as economic growth. This 1% is allocated weekly to the top fifty accounts voted to receive such a distribution by the community. The foundation’s hope for these inflationary funds is that “holders will use the inflation-generated stellars to enable novel business models or to fund causes they support".

In the first philosophical case, the Stellar Development Foundation is a 100% not-for-profit entity. Its only goals are to provide support/development for the Stellar network as well as “expand financial access and literacy worldwide”. All of this can be found in their mandate. The Foundation will not take any profits and only allocated 5% of the genesis stellar toward financing future operations. For the rest of the genesis stellar the breakdown is as follows: 50% dispursed to the “direct signup educational program”, which involves giving users who create new wallets some stellar. Then 25%, the  “increased access program”,  will be given away to nonprofits that aim to support the underserved/under-banked populations across the globe. Finally, 20% of the genesis stellar will be given away in the “bitcoin program”,  which aims to give back to both the users of Bitcoin and Ripple. Without these two protocols, Stellar would likely not exist. It could also be argued that Ripple is included due to the crash that followed Jed’s intent to sell announcement. This ended up costing many users quite a bit of money.

The second philosophical difference is a big one. I mentioned previously that Ripple Labs appears to have switched gears from being user-focused to business/institution-focused. As far as I can see, Stellar looks to be targeted towards the regular person. Stellar aims to be what Jed wanted Ripple to be originally; a wallet for the everyday person to side-step the big, bad legacy financial system and support payments from person-to-person across the globe at little-to-no cost. One can see the individual focus all over their website, and especially throughout their mandate. Stellar is very focused on financial literacy and accessibility which absolutely starts at the individual level.

In any case, it will be interesting to see how both networks play out in the long run. Due to the difference in objectives, it may be that Ripple and Stellar can coexist and both be wildly successful. Only time will tell.

As an added bonus, if you send your 1,000 stellar to me, I will return 500 of it back to you as a win-win for the both of us. You get 1,500 stellar instead of 1,000 and I get some extra stellar as a tip. Full disclosure: there are better offers on the Stellar forums, but if you enjoyed my article and are feeling generous I would love to work with you!

My Stellar username is: mjroncone and if that doesn’t work the address is: gPcDRFkyksJh5o53Lr8dbEfH7KSYfaPvMv

If you are reading this article and are not a member of LetsTalkBitcoin.com, I encourage you to go here and sign up! (Caution: referral links) That way you can send me a private message or ping me in a thread by using @Mike if you have any questions, or should I fail to return your 500 stellar.