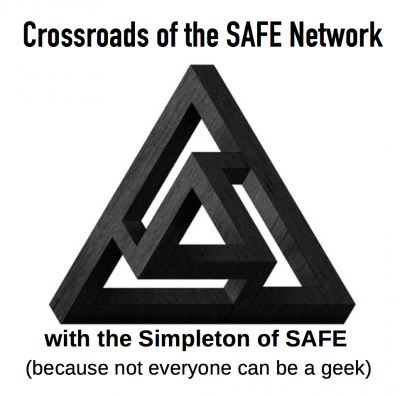 History in the making. Exaggeration? You be the judge. This last week Daniel DaBek announced the release of the whitepaper on the new Safe Exchange. More than just a protocol, it is the core tool kit necessary to establish a decentralized contract marketplace, via which anyone will be capable of exchanging with anyone, anywhere, according to prearranged contractual conditions.

We discuss the current crowdsale, designed to raise the modest capital needed to finish development, but also to distribute governance of the exchange a much as possible amongst the future users of it.

This is one you really don't want to miss. It will change your vision of how things can be when "Free Trade" is more than just a political buzzword.

Listen for the magic word, and submit it to your LetsTalkBitcoin.com account to claim a share of this week's listener award distribution of LTBcoin. Listeners now have a full week from the release date to submit a magic word. The magic word for this episode must be submitted by 5 pm Pacific Time on December 5, 2015.

Music for this episode: Arrivals and Magic Word, original pieces, composed and performed by Nicholas Koteskey of Two Faced Heroes