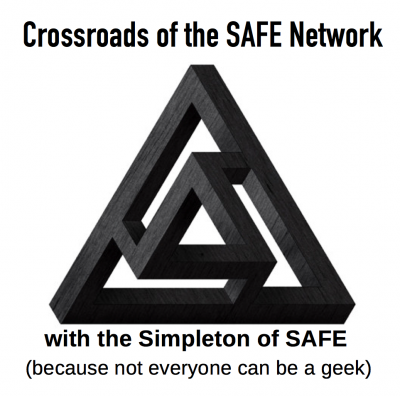 In late May, MaidSafe released the whitepaper for PARSEC (Protocol for Asynchronous, Reliable, Secure and Efficient Consensus).

This week MaidSafe published the open source code for implementing PARSEC so that it can be used by any other projects which would find it suits their needs.

This episode, we talk to Bartłomiej Kamiński, a developer who works on the MaidSafe team in the Routing section, and a co-author of the whitepaper.

We cover a lot of relevant concepts that should allow most anyone to get a deeper idea of how PARSEC works and how the SAFE Network uses it--without putting developers to sleep, either! We also talk some about how other projects may find PARSEC useful and wish to use and contribute to it.

Medium article about the PARSEC code release, with link to a GREAT youtube video by Dug Campbell

Safenet forum thread on the Release

Medium article about SAFE and PARSEC

Links to all things SAFE