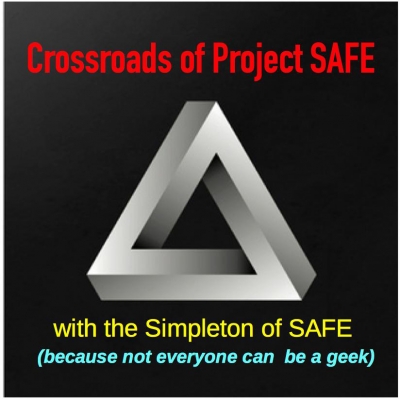 On Thursday evening, May 24th, 2018, MaidSafe released publically the PARSEC consensus protocol. PARSEC stands for Protocol for Asynchronous, Reliable, Secure and Efficient Consensus. It is being released under very permissive, open-source GPL and MIT licensing for potential use in a wide variety of circumstances by a wide variety of projects quite aside from the SAFE Network.

For the MaidSafe, the release of PARSEC puts the final major research barrier behind it, opening the door for a straightforward path to releasing the SAFE Network. More accurate timelines should now become possible.

Our guest is Pierre Chevalier, a software engineer with MaidSafe, who is one of the authors of the PARSEC protocol whitepaper.

We make an attempt to help listeners who lack a technical background to grasp the meaning and importance of PARSEC, as well as many aspects of the SAFE Network and consensus challenges in related projects. We also try to include enough to appeal to the more technically savvy.

Medium article about SAFE and PARSEC

Links to all things SAFE