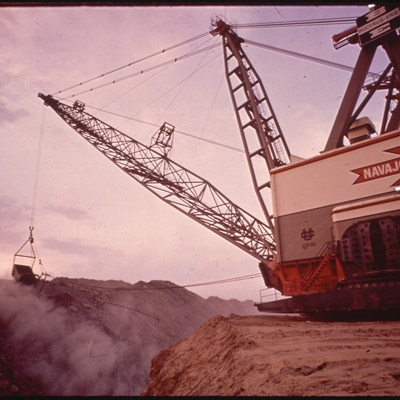 Reasons for why centralization has occurred and potential solutions

[Note: this is a follow-up response to the corresponding Let’s Talk Bitcoin #127 podcast.  A PDF of the article is available. The opinions in both the podcast and article represent my own and not those of anyone I have interviewed.]

Many adopters mistakenly think that mining is cheap, free or miraculously perpetual.  It is none of the above, as I have previously detailed, over the next year alone at $650 a token or $2.3 million a day, nearly $850 million in capital and operating costs will be spent securing the network and likely 2-4 times that amount due to externalized costs.  Earlier this spring a meme was repeated, that these collective costs – what was then estimated at $600 million that was irreversibly spent securing the network – was actually a good thing.  Yet that is what happens in all industries with depreciating capital stock.  Automobile companies could, but do not brag in commercials that they burnt $1 billion in resources and capital (coal, steel, alloys) to build their new engines – that would look conceited and vain.

Consequently, because it costs real money and investors want to recoup their costs, mining will gravitate towards solutions that provide a reliable rate of return and this ultimately leads to industrial scale mining in centralized geographic regions.

What miners are faced with is the following: the more lottery tickets (or scratch-off puzzles) that they can obtain, the more chances at winning a block as miners are continuously incrementing the nonce in hopes to get the “lucky number.”

What is this lucky number?  Meni Rosenfeld described it thusly, “The miner plays with the nonce to get a block, up to a point. Since nonce is a 32-bit integer which only allows for 4B values, eventually it will need to ask the server (whether locally or on a pool) for a new merkle root to work on (where things like the extra nonce have been changed).”

The graph below illustrates the choices that investors have in mining in what is otherwise a zero-sum scenario (MV=MC).  Isn't there some kind of upperbound limit to operating costs (energy) in the mining process?  No, because the auto adjusting difficulty rating scales with the hashrate.  Recall that in Satoshi's original FAQ: “When Bitcoins start having real exchange value, the competition for coin creation will drive the price of electricity needed for generating a coin close to the value of the coin.”  Dave Hudson recently ran a Monte Carlo simulation 10 million times and found that because of the Poisson process you would need to be gambler to want to bet on those odds; in contrast investors want stable, reliable flow: 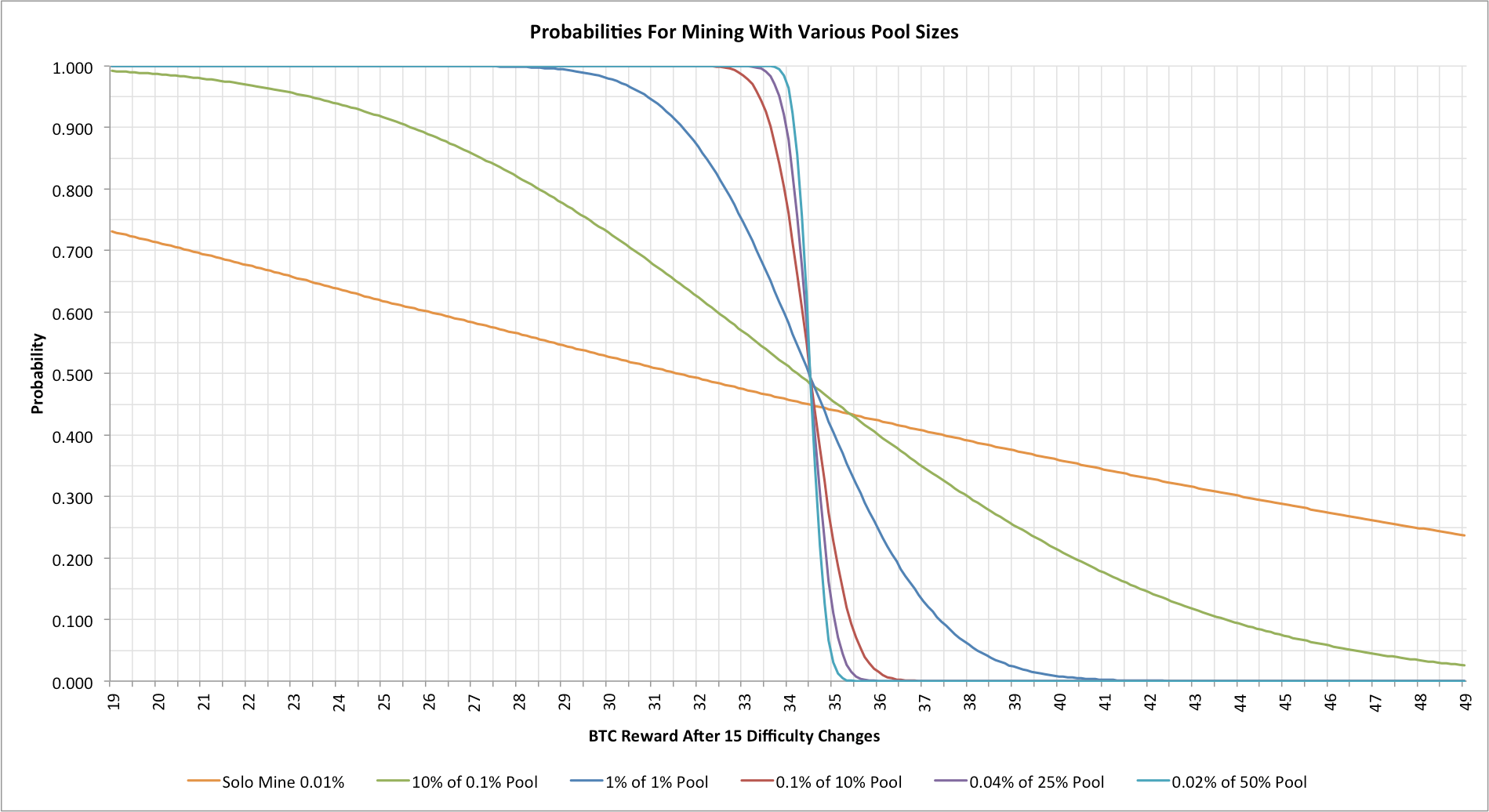 Thus as I have described before, there is an incentive to throw as much hashrate as possible to obtain the block reward before your competition does the same.  Rather than repeating what has been discussed ad infinitum, below are several solutions:

Perhaps the most novel approach is Proof-of-Idle (paper) by Tadge Dyrja:

However, irrespective of what solution is chosen it always boils down to this: what incentive do miners have to actually implement these?  There is currently no incentive to implement new unprofitable code that removes the seigniorage subsidy because miners have sunk costs that have to be paid for.  And there is no immediate incentive to upgrade to new software (majority of nodes are running older 0.8.5 and 0.8.6) so even if it was implemented in code, why would they upgrade?  Similarly, even if proof-of-stake works (and thus far, all have led to centralization), there is no incentive for miners to use it (due to a lack of the subsidy) leading to a hard fork.

To compound this issue, there are vocal, influential members of the community effectively stonewalling efforts to discuss it – this includes those who are not involved in core development (the 10-15 guys consistently in #wizard IRC room), those whom have never mined before, and the largest segment: the ideological adopters who purge the community of skeptical discourse.  In fact, bringing up criticism or skeptical points of view are continually met with vocal threats of "public shaming" by ideological groups – which stymies a free flowing dialogue of ideas.  It cost GHash.io $90 million in hardware to achieve that level last month.  A clever attacker would not need to brute force the ecosystem, but instead compromise network gear (with 0-day exploits), DDOS pools or “use a wrench”: 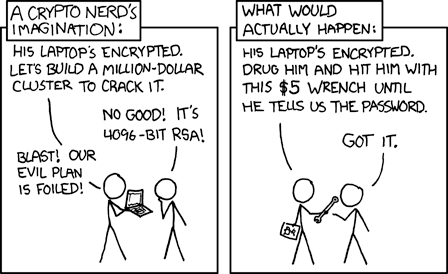 Other solutions and hurdles

Is centralization a real issue?

I spoke to several other experts and below are their insights on this matter.

Choose-your-own-difficulty which goes something like this. A miner can choose what difficulty he mines at, and the reward is some non-linear function of difficulty chosen. This will allow people with inferior hardware to mine some coins, even though they'll be paying more in electricity for them than the market rate.  I think people will do that, as virgin coins have anonymity value. This scheme would likely lead to MC > MV, which is good... mining will no longer be profitable (you can't "sell" virgin coins and retain their anonymity value).

To my knowledge, this approach hasn't been explored in detail by anyone (including myself). But I have a gut feeling that it's promising. The essence of the idea is that the coinbase is actually more valuable than coins with a history, but it's a value that isn't tradable. If you make it feasible for people to mine some coin in a reasonable period of time, people will even if the mining costs are greater than the market value of the coin. So if, for example, all the guys buying drugs and naughty stuff acquire their coin by mining under this scheme (feasible... your commodity hardware may get you .1 coin in a couple of weeks), you could have mining economics that make it unfeasible for anyone to mine on scale, anyone who has to sell coin to pay for electricity bills.”

One really important point is to ensure that any new solution does not make things too botnet friendly.

Another simple thing about this is that it is unsurprising that the bitcoin network got into this mess as it is economically rational to join the biggest pool. Minimises variance and ceteris paribus reduce orphans increasing expected return per hash. The other point is that there is still hardware bottlenecks so designing the theoretically most robust system may fail due to market imperfections. Implicitly in many arguments I hear about mining people assume perfect competition. Do we need to remind people what are the necessary conditions for perfect competition? Perfect information, equal access to markets, zero transportation costs, many players ....... this is clearly not going to be a perfectly competitive decentralised market but it certainly should not favour inherently the big players.

Centralization wouldn't have been a surprise if they modeled bitcoin before they launched it. (As I keep on saying to myself while looking at the huge number of hours required to get it done.) Efforts to formally model the Bitcoin economy didn't start picking up steam until February of this year. But the cross-disciplinary field of Agent-Based Modeling (ABM) was mature enough in 2007 to do just that. The Bitcoin economy could have been modeled with readily-available software and clusters. Even certain equation-based models would've validly predicted the centralization problems we are having with Bitcoin. Devs are using phrases like "you don't need to model the web to design TCP/IP" to justify not worrying about the economic aspects of their design. But just as Kleinrock, Baran, Davies, and Licklider modeled the packet net before Kahn and Cerf designed TCP/IP, so core developers should have modeled the currency and banking aspects of their design.

The only way to give a theoretical solution to the mining centralization problem is by forcing miners to use real identities, and people vote/trust on those. This is because with anonymous mining all miners could be controlled by a single party. Having real identities implies legal liabilities and users trust, which in turn implies centralization (institutions, pool, companies) to reduce personal risks and provide higher trust.  So it's a paradox. Decentralization looks more like Ripple paradigm than Bitcoin paradigm.

In conclusion, there will likely be dozens perhaps hundreds of other proposals and experiments in the coming months and years, each with their own pros and cons.  For instance, one potential issue highlighted by Sams’ proposed approach is that the block reward is programmed to decrease and get smaller.  Simultaneously it cannot be known as to whether or not that the dollar value of the reward is going to get larger (the two are not causally linked).  If mining moves to individuals who do not mind mining at a loss in the quest for an anonymous, “virgin” coinbase that does not have a history, then perhaps this loss-bearing activity can continue for years.

Another ongoing issue will be botnets.  In the beginning Satoshi Nakamoto assumed that botnets were actually a good thing because they might reduce spam based botnets – yet it is clear that they simply externalize the costs onto other parts of the economy and squeeze out marginal participants.

In the end, despite the multitude of avenues presented above, proof-of-work may simply not be a viable solution as a trustless means for arriving at a consensus in a distributed manner.