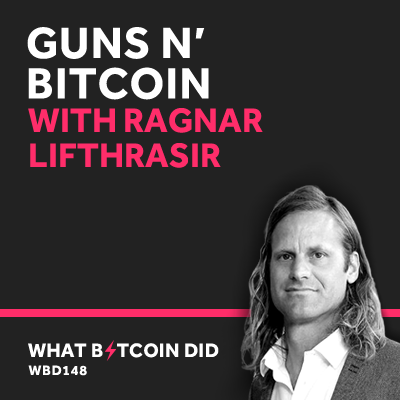 “Guns are important to me for the same reason that Bitcoin is important to me… its a matter of self-defense, self-sovereignty, being able to defend myself and not relying on other people.” — Ragnar Lifthrasir

America has the highest number of civilian-owned guns in the world, with around 40% of people owning or living in a house with firearms. The right to own a gun is firmly embedded within the US constitution and to many Americans, removing their ability to do so would be an attack on their civil liberty.

Since 1982 there have been over 110 mass shootings in the U.S alone. With every mass shooting, the media spotlight is drawn towards U.S gun laws and polls show that the majority of Americans are now dissatisfied with them.

However, as mass shootings only account for a small proportion of all gun deaths, is it unfair to remove the right to bear arms from U.S citizens? Should the small number of incidents change the law for the vast majority of responsible gun owners?

It is easy to draw comparisons between guns and Bitcoin as both align with libertarian principles. Where guns give you the owner the ability to protect themselves from individuals and tyrannical gove, Bitcoin allows holders to protect yourself from corrupt financial systems and poor state monetary policies.

For this polarising topic, I am joined by Bitcoiner and gun advocate Ragnar Lifthrasir from Guns N’ Bitcoin. We discuss the culture of guns in America, if there should be a limit to the type of weapon you can buy, Bitcoin and privacy.