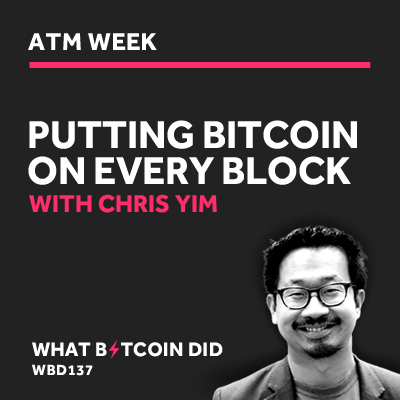 Putting Bitcoin on Every Block with Chris Yim from LibertyX - WBD137

LibertyX launched the first Bitcoin ATM in the U.S. Starting out with a single machine at Boston’s South Station they have grown to operate the largest network of Bitcoin ATMs, cashiers and kiosks.

Unlike many other operators, LibertyX has spread its wings beyond ATMs, integrating their system with the traditional network of cashiers, ATMs and kiosks to build the largest network of in-person Bitcoin options.

In this interview, I sit down with Chris Yim, LibertyX co-founder and CEO. We discuss launching the very first ATM in the US and the hurdles they had to overcome to grow the business, the benefits of an ATM over an exchange and making Bitcoin available on every block in the U.S.