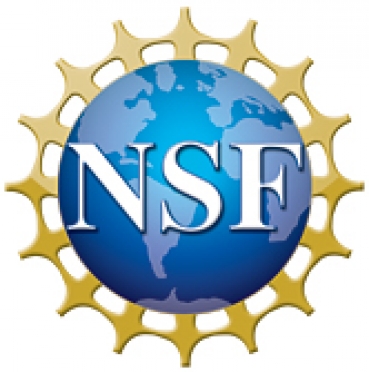 
The grant is part of the Secure and Trustworthy Cyberspace (SaTC) program which  addresses Cybersecurity from Trustworthy Computing Systems (TWC).  “Small” in the title of the grant indicates the project is a “Small project”, one that is up to $500,000 in total budget, with a duration of up to three years.  “Medium” projects have total budgets up to $1,200,000  and the “Frontier Project” up to $10,000,000, is perhaps the largest grant given to a cryptocurrency specific project to date.


In 2012 Wired Magazine dubbed Narayanan one of the “World’s Most Wired” which put a “spotlight on the brightest geniuses you’ve never heard of”.  He notes on his website that, “My doctoral research exposed the problems with data anonymization. My thesis, in a sentence, is that the level of anonymity that consumers expect—and companies claim to provide—in published or outsourced databases is fundamentally unrealizable”.  Narayanan is one of the researchers that worked on the DoNotTrack proposal, and Google Scholar has nearly 2,000 citations for Arvind Narayanan.


Narayanan maintains blogs at The Center for Internet and Society at Stanford Law and of course  Freedom to Tinker, which is hosted by Princeton's Center for Information Technology Policy (CITP).  In a May 2014 post on Freedom to Tinker entitled “The importance of anonymous cryptocurrencies”, Narayanan noted that he was a collaborator on Mixcoin which is a set of proposals for improving Bitcoin’s anonymity.  In January 2014 over at BitcoinTalk.org, Andrew Miller stated on behalf of Narayanan and the other Mixcoin co-writers that Mixcoin is not an altcoin:


"To be clear, we are not proposing an altcoin but providing suggestions for a mixing layer which can be implemented immediately, incrementally, and without any modifications to Bitcoin."


There are only three “references” in the DarkCoin White Paper (PDF), of which Mixcoin is one (See Mixcoin: Anonymity for Bitcoin with accountable mixes [PDF]).  Mixcoin was in part funded by NSF through a grant to one of the writers.


Narayanan’s NSF grant for “Addressing the challenges of cryptocurrencies: Security, anonymity, stability” states that “Successful completion of the project will lead to a cryptocurrency that is robust against adversaries, paving the way for a secure, private, and stable payment system, which has long been a research goal in computer science” (Full extract of the grant proposal is at the bottom).


In January 2014, the Daily Princetonian’s James Evans reported that Narayanan is also part of a group of Princeton University Researchers working on a Bitcoin Prediction market (also see “On Decentralizing Prediction Markets and Order Books” by Joseph Bonneau on Freedom to Tinker) which is in part funded by NSF.  This academic research pondered using convertibility from Bitcoin via proof-of-burn, such as that found on CounterParty, to create a decentralized prediction market.  It should also be noted that Let’s Talk Bitcoin! uses CounterParty to reward its audience members and content creators with the LTBcoin cryptocurrency rewards token (and as such please note this disclosure; that the author of this piece will receive LTBcoin for writing this article).


Narayanan has moderated and participated in a number of cryptography and cryptocurrency panels including “Is Bitcoin Anonymous?” (YouTube) at the Princeton University Real World Cryptography Workshop, The CITP Bitcoin Panel 2 Altcoins (YouTube) and CITP What Happened to the Crypto Dream? (YouTube).

Not Taking Cryptocurrencies For Granted


While the subject award appears to be the first cryptocurrency specific grant, the NSF has funded other cryptocurrency and Bitcoin related projects in part. For example Zerocash: Decentralized Anonymous Payments from Bitcoin (PDF) received partial funding from NSF Science and Technology Center.  Skipping to the “Acknowledgments” section of the paper you will find a host of other funders of this project including Amazon.com, DARPA which should look familiar to you if you have been keeping up with my work for Bitcoin Magazine and Let’s Talk Bitcoin.


Of course the National Science Foundation and DARPA et al. are not the only way to get a Cryptocurrency grant.  The Bitcoin Foundation began its Grant Proposal Process in December 2012.


Last year CoinPunk Developer and “influential eco-system hacker” Kyle Drake was awarded living expenses to work on his project.  Drake recently noted on the message board for “Public repo for legal documents related to The Bitcoin Foundation” on GitHub that:


“The Bitcoin Foundation gave me three months of living expenses to work in Coinpunk, which I requested via a grant proposal to build the first completely open source web wallet service. Those three months were approximately one year ago”.

Drake also noted that Coinpunk development was on hold (to work on BitcoinJS), and in February he had a post on the CoinPunk Blog “Coinpunk desperately needs more funding”.


The other avenue to receive a Bitcoin grant is via the mysterious BitcoinGrant.org which states on its FAQ; “There is no application to fill out, do not send us a email; simply continue to do great work and the Bitcoin Grant will reach out to you.”


Bitcoin Grant lists ten projects they have backed, including Bitcoin infrastructure company BitFury.  BitFury recently made headlines after announcing that it intended to list on the NYSE (New York Stock Exchange) and that it has created a subsidiary “BitFury Capital” which will act as its own seed investment fund.  Bitcoin Grant also funded Jeff Garzik’s DunVegan Space Systems plan for “BitSats”, a plan to put “bitcoin blockchain data on an unlimited number of ground receivers from a satellite in space”.  On November 29th, 2013, Garzik wrote on BitcoinTalk that “[We are] very pleased to announce a generous 25 BTC donation from BitcoinGrant.org, worth $27,000 as of this writing.”


Arvind Narayanan was unable to schedule an interview for this article. The Bitcoin Foundation did not immediately respond to a request for comment.

Off. of Research & Proj. Admin.

Secure digital payments are essential for e-commerce and cybersecurity. Cryptocurrencies, which are virtual currencies designed using cryptographic principles, are well suited for digital payments but face several hurdles to adoption for legitimate e-commerce. The hurdles include (1) poor software security that has led to very high rates of theft and closures of services, (2) users may be deanonymized, negating the putative privacy benefits and (3) there are concerns over long-term stability, either due to inherent flaws in the mechanism used to incentivize participants or due to the ability of adversaries to subvert this mechanism.


This project designs and implements security and anonymity improvements for existing cryptocurrencies that are immediately and incrementally deployable, and develops a framework to analyze the behavior of participants of cryptocurrencies. This framework will be used both to understand and predict the behavior of the current system as well as to explore alternative, more resilient designs. The main challenge for research on cryptocurrencies is that these systems rely on an intricate interplay of three main components: cryptography, distributed systems, and incentive driven behavior. Accordingly, the project develops tools and techniques in all three categories and seek to find novel ways to unify and apply these tools in combination. Successful completion of the project will lead to a cryptocurrency that is robust against adversaries, paving the way for a secure, private, and stable payment system, which has long been a research goal in computer science.