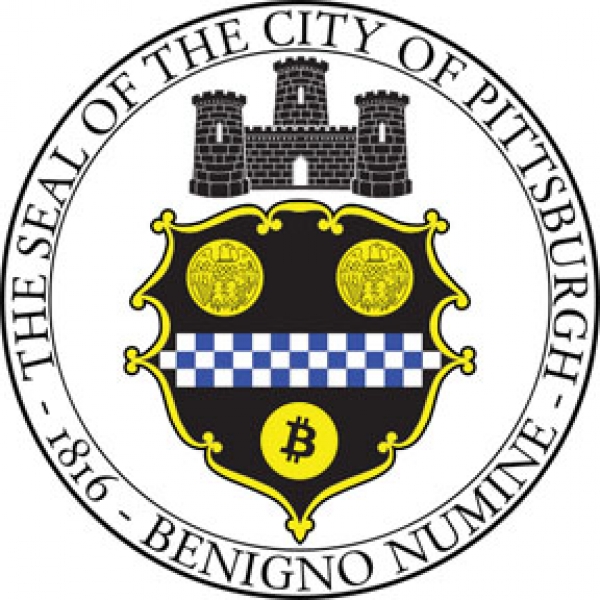 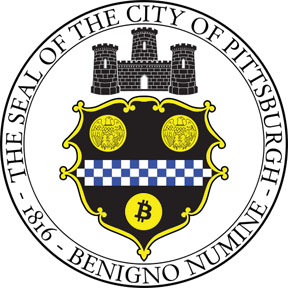 Pittsburgh is poised to become the first municipality to accept Bitcoin, Let’s Talk Bitcoin has learned.  A Subcommittee Report on Information Systems (PDF) with a “Recommendation to Improve Digital Government” released by the Office of the then Mayor-Elect recently surfaced online.  The document does not have an origin date but does have a due date of “5:00 pm on Friday, December 27” without providing a year.  However similar documents (PDF) can be found with December 2013 metadata and obviously Mayor Peduto has since been sworn in.


Included in the report is a recommendation to:


While it does not specify “Bitcoin”,  one is hard pressed to find another digital currency that the report could be alluding to (Ripple perhaps?).  In any case, we’re fairly certain it’s not Flooz.


On March 28, 2013, Electronic Commerce Link announced that its E-Gov Link would be able to facilitate Bitcoin payments on behalf of local governments (see: E-Gov Link Enables Local Governments to Accept Bitcoin).  Jon Matonis, now the Executive Director of the Bitcoin Foundation,  wrote an article entitled “Government Fees, Parking Tickets May Soon Be Paid in Bitcoin” for PaymentsSource shortly after this announcement.  Matonis noted that, “For now, a municipality has to step forward and ask E-Gov Link to enable bitcoin payments – which is peculiar because other payment methods are not selectively disabled”.


I spoke with Jerry Felix, VP of Software Development at E-Gov Link who said that,


"Most local governments tend to be conservative, and so we expected that it would take some time for a technology-leading municipality to move forward with Bitcoin payments. We haven’t landed one yet, but we have been deep in conversation with quite a few. For some, it’s considered politically or financially risky. For others, it just doesn’t seem to be something they want to be first with."


E-Gov Link further said that they would be able to work with municipalities to integrate BitPay and/or CoinBase, but has not yet hammered out a deal with either payment processor (perhaps the PaymentsSource article was a bit premature).  E-Gov Link would guide the municipality through the back-end decision that makes the most sense for that particular government entity.


It is important to note that the Subcommittee Report recommendation is not the same as providing Bitcoin a legal tender status-- which would require citizens and private businesses to settle debts in Bitcoin, and it does not suggest that they would be issuing their own coin.

For more background, see “Legal Tender...For Debt” and “Your Bitcoin is No Good Here” in "Why Your Alt-Coin Is No Good Here".


There is, however, a legal tender movement in the gold and silver community. Bob Adelmann recently wrote for New American in “Oklahoma Affirms Gold and Silver as Legal Tender” that “On June 4, Oklahoma joined Utah, Texas, and Louisiana in affirming that gold and silver coins are (as they always have been under the Constitution) legal tender in the payment of debts in the state. On the surface this seems almost nonsensical: affirming a right that already exists in Article I, Section 10 of the U.S. Constitution...”.


Earlier this year at Bitcoin Magazine, we  broke the story “California to Legalize Bitcoin”.  We reported on the State of California’s archaic law “which bans the issuance or circulation of anything but lawful money of the United States” and intended to “legalize” Bitcoin through legislation.  Over at the Bitcoin Sub-Reddit,  I further reported that “Rather than amending California Law which "bans" alternative currencies, the Senate proposes to repeal it”.   Last month it was widely reported that California “Governor Brown Signs Legislation:” AB 129 by Assemblymember Roger Dickinson (D-Sacramento) - Lawful money into law.


Nick Szabo’s 2002 article Shelling Out: The Origins of Money was recently republished by the Satoshi Nakamoto Institute.  Szabo writes that  “…New England natives {American Indians} used neither silver nor gold. Instead, they used the most appropriate money to be found in their environment – durable skeleton parts of their prey. Specifically, they used wampum, shells of the clam venus mercenaria and its relatives, strung onto pendants...{and so}...between 1637 and 1661, wampum became legal tender in New England. Colonists now had a liquid medium of exchange, and trade in the colonies flourished”.


Last July, Bob Bauder and Salena Zito wrote for Trib Total Media that “Pittsburgh {is} among 21 Pennsylvania cities jockeying to avoid bankruptcy”, They reported  {then} “Pittsburgh Mayor Luke Ravenstahl, who wants to seek release from state oversight by year's end, said the city reduced its debt by $222 million over the past five years and diverted parking tax money to pensions. He said the city population, about 305,000, stabilized after years of flight, and its economy evolved from a manufacturing base to one revolving around education, technology and health care”.


The Pittsburgh Bitcoin Meetup Group has a modest number of participants with 164 members as of July 13th (See a list of all Bitcoin Meetups here), and in the last week, the  organizer of the Meetup changed.  Earlier this year Kaitlynn Riely wrote “Bitcoin creeping into Pittsburgh” for the Pittsburgh Post-Gazette, noting that “Much of the population, however, probably has yet to hear of Bitcoin” though some business were just starting accepting Bitcoin at the time.


On May 19th, The Pennsylvania Department of Banking and Securities issued a Press Release:  Banking And Securities Department Urges Consumers, Businesses And Investors To Be Cautious With New Virtual Currencies, shortly after the  Conference of State Bank Supervisors (CSBS), Emerging Payments Task Force, and the North American Securities Administrators Association (NASAA) released  their Model State Consumer and Investor Guidance on Virtual Currency (PDF).


Last month Pittsburgh made headlines when the Department of Justice announced that Deputy Attorney General James Cole Delivers Remarks at Press Conference for Gameover Zeus and Cryptolocker Operations, and “identified and charged one of the leaders of the Eastern European cybercriminal gang that is responsible for these schemes. Evgeniy Bogachev, a Russian national, has been indicted in Pittsburgh, Pennsylvania for his role as an administrator of the Gameover Zeus botnet”.   Also see Declaration to Support an  Application For An Emergency Restraining Order and Order to Show Cause Re: Preliminary Injunction (PDF) by a Special Agent with the Federal Bureau of Investigation (Wanted by FBI Poster) in Pittsburgh Pennsylvania.


Pittsburgh Information Systems Subcommittee Chairperson Laura Meixell did not respond to requests for comment to a status update on the committee recommendation.  Meixell, dubbed Pittsburgh's data guru,  is the Analytics and Strategy Manager for the City of Pittsburgh and did an AMA (“ASk Me Anything”) with the Pittsburgh sub-Reddit earlier this year.  Meixell was also a recent guest on interview by Code for America, where she discussed drafting and passing Open Data legislation.


Bitcoin, which uses a public ledger,  is often lauded for its transparency at an organizational level.  While municipalities are often chided for lack of transparency because of the voluminous nature of government documents, it should be noted that many civil service laws require state and local governments to publish their employees salaries online (as recently noted by the Planet Money Podcast “The Company Where Everyone Knows Everyone Else's Salary”).