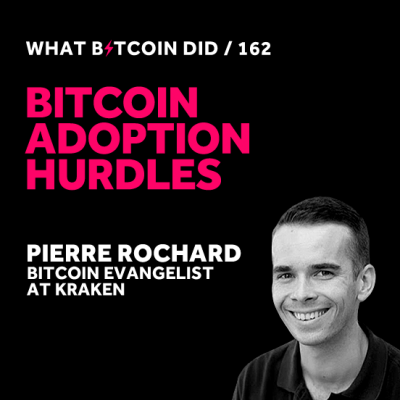 Despite the arguments that Bitcoin is the hardest money, it is the opportunity for new Bitcoiners to make a profit in their local fiat currency which is the primary driver of awareness and adoption.

Since the launch of Bitcoin over 10 years ago, there have been a number of bull markets which has seen a rapid rise in the price of Bitcoin leading to wider awareness. The volume during the most recent bull run in 2017 led to exchanges struggling to cope with the volume and some dropping offline. Such was the demand that Bittrex and Bitfinex had to close down new user registrations.

Making it easier for new Bitcoiners to acquire the asset has been a key driver of adoption. Good exchange and wallet UX, and education regarding key issues such as private key management not only support adoption but help new Bitcoiners avoid making silly mistakes.

The Bitcoin rabbit hole is deep and there are many new concepts which can be intimidating to new Bitcoiners which sometimes OGs take for granted. Transacting alone requires consideration for a type of transaction fee, unconfirmed transactions and the reality that mistakes can’t be reversed.

Having talked to Hotep and followed his journey into Bitcoin and the distraction with shitcoins, people told me to ignore him. I wanted to do the opposite as I wanted to learn about how someone new sees the space.

Kraken recognises that UX can be a hurdle for adoption, and are working on making it as simple as possible for new Bitcoiners to acquire and understand the asset. They recently hired Bitcoin OG Pierre Rochard to help with onboarding new users and Bitcoin adoption.

In this interview, Pierre and I discuss why they were the right fit for him, mass adoption, onboarding, Bitcoin financial services and the lightning network.