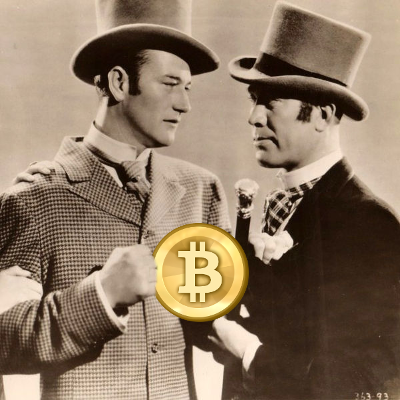 Divides grow among the ever-increasing numbers of Bitcoin supporters. These schisms have existed since the very early days of the technology. Yet people were compelled historically by a common vision to band together and push forward as a united movement.
Bitcoiners hold a wide range of views about why Bitcoin specifically, and crypto-currencies generally, excite them. Initially, supporters supressed their divergent opinions in favor of universal goals, but as the Bitcoin ecosystem has matured, the bond between supporters has weakened.

In the Beginning Were Techies

First were the technophiles. Satoshi and his contemporaries held lofty discussions about how to make digital-currency technology work. For example, how to create a system such as hashcash or bit gold without the double-spend problem. It is not clear whether even they realized the import of the results of their discussions.
Techies continue to be fascinated by new algorithms for securing the network, experimenting with side chains and tree chains, metaprotocols using Bitcoin’s blockchain as a substrate, new approaches to anonymity, next-generation 2.0 metachains, and all the new and shiny advances that follow.
So the techies came first. Who else could understand why Bitcoin would work where previous iterations had not? Who else would set up machines to "mine" these worthless digital things? Technologists create; if their creations have value, others follow.
Geeks soon began to realize that this weird idea of a blockchain as a mechanism to achieve consensus across a distributed network had merit. It was not simply an inefficient, sloppy way to store data. It was, in fact, a solution to a classic problem in computer science, ensuring data integrity on a network, without requiring trust in any specific node. People quickly began to think of other applications, such as decentralized domain-name systems, and more.
Many people began mining what would eventually become fortunes. This led to the inevitable first exchange of value involving Bitcoin, the famous 10,000 BTC pizzas, a story that has since become a cherished part of Bitcoin history.

After living through the financial mess of the previous decade, many young idealists soon began to wonder whether this weird digital money could provide some degree of freedom from the encumbrance of the traditional world of finance. An influx of counter-culture advocates flocked to Bitcoin, but they were more diverse in their worldview than the original money hackers.
These early adopters included a fair number of libertarians, who found appeal in the idea of usurping government control over existing, corrupt financial systems. They pointed to the big banks, repeatedly sanctioned for market tampering, money laundering, rate rigging, fraud and more. They were disgusted that these same institutions could receive billions in public bailouts when their dubious investments went belly up. Worse still, these huge banks and financial firms continued to engage in the same behaviors, merely paying fines every time they got caught.
This group of early adopters also included self-proclaimed agorists, who rallied behind the notion that they could avoid letting governments know anything about their money, avoid supporting government by avoiding participation, and avoid paying taxes. This contingent included everything from off-the-grid isolationists, to fiercely independent separatists.

Success Has a Downside

Of course, as Bitcoin the currency started to be valued in the nascent marketplace, it attracted the attention of criminals. Criminal enterprise is an indicator of success in the case of currencies. The US dollar remains the preferred currency of criminal organizations for now, but new opportunities continue to emerge for the unsavory elements in our midst to use Bitcoin to conduct business across distances.
The Dark Web became filled with Bitcoin scammers. Governments realized they could attack underground Bitcoin enterprises like Silk Road and gain credibility in the eyes of those anxious about technological change.
Fraudsters began to emerge as well, as it became obvious that they could make profits. Some untrustworthy exchanges would repeatedly have trouble, and freeze withdrawals. Some would simply take their deposits and disappear.
New altcoins popped up, with no hint of utility. They spawned marketing campaigns, and their creators dumped everything as soon as the coin gained value. Some had no programmers. Some had hidden pre-mines. DafuqCoin even deployed a Trojan.
There came to pass an uneasy alliance between many technologists who believed that algorithms could solve problems better than laws, criminals who were looking for anonymity, and privacy advocates who bemoaned the increasingly intrusive nature of online surveillance. This ushered in new tech such as Zerocash, Darkcoin, coin mixing services, and Darkwallet.

We started to see a new class of technologists flocking to Bitcoin. Not the early pioneers, but more practical entrepreneurs. Some blended in perfectly, understanding the tech at a sufficient level to bring it to the mainstream. The results were friendlier wallets, exchanges, and tutorials.
But the entrepreneurs working in the financial-services space quickly realized they needed the new technology to which others in the growing community were stridently opposed. Building real exchanges in the post-Gox era, for example, required quantifying legal and regulatory risk. Business opportunities depended on predictability.
Uncertainty is the worst environment for financial services. Clearly spelled-out governmental policies, even problematic ones, would bring opportunities. So how to make others in the community understand? Broad, sweeping regulation appeals to nobody. But the intersection of fiat and crypto remains the domain of governments, who control the old currencies.

Bitcoin has survived Mt. Gox, Silk Road busts, repeated faux banning in China, and much more, without sustaining any lasting damage, and this has vindicated those who truly believe. This has ushered in still more folks from the mainstream, who have started to call for regulation, and to ask about the safeguards to which they have become accustomed.
Now they ask about services to insure deposits. They worry about complexity. They worry about making mistakes. They wonder if the free-for-all altcoin markets will ever receive oversight. They talk about all the things to which so many early adopters are so adamantly opposed.
Beyond the need for simplicity of design and function, the newly-intrigued would like to participate more broadly. For that to happen requires fewer scammers and fraudsters, a wider variety of wallets, more online account options, and the ability to scrutinize and audit services, such as online exchanges.

The ever-broadening base of Bitcoin supporters remains highly democratic, and grows more diverse with each passing day. Entrepreneurs versus agorists, or libertarians versus venture capitalists; the plurality within the Bitcoin community grows with each group of new users that comes on board. Perhaps that’s not a bad thing.
Is this not really what most of us want? Bitcoin is becoming mainstream. So many different voices are speaking up. Did we expect dogma from a self-appointed group of thought leaders to be promulgated throughout the user base like an ancient religion? No. It only makes sense to expect a messy competition of ideas and aspirations.