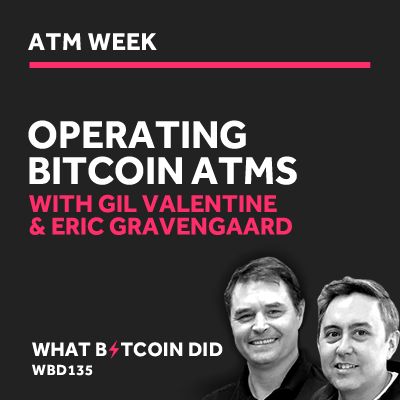 The Bitcoin ATM market continues to grow, and according to a recent report by Coin ATM Radar there are now over 5,000 Bitcoin ATMs worldwide.

While the vast majority are located in the United States, a growing number are appearing in countries where the general population may have less access to proper banking infrastructure and greater economic uncertainty. In these countries, Bitcoin ATMs offer an easy to use FIAT onramp which allows people to hedge against fragile economies and extreme inflation using Bitcoin.

In this interview, I speak with Gil Valentine and Eric Gravengaard co-founders of Athena Bitcoin. Athena Bitcoin started out in Chicago but now operate across 8 US states as well as in Mexico, Columbia and Argentina. We discuss the challenges of growing a Bitcoin ATM business, operator fees and opening up to the South American market.