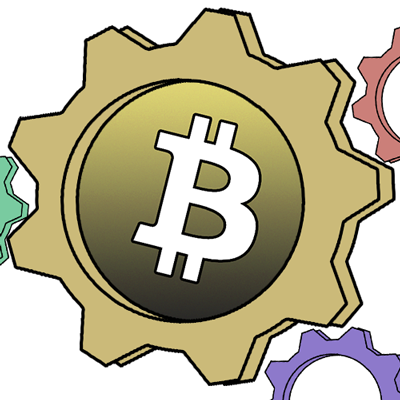 'Money Is Now an Image' 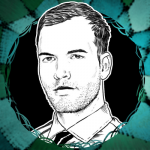 Travis Patron is a digital money researcher and author of the 2015 Bitcoin Investor's Report. Here he explains why the blockchain represents a snapshot of the bitcoin digital economy at any given point in time.

Over the course of the last several months, one of the most consistent debates in the circles of bitcoin enthusiasts has been whether a blockchain can function successfully without the "inconvenience" of its underlying cryptocurrency. With larger, more traditional firms stepping into the space, they hunger to create a permissioned, proprietary blockchain that will allow them to harness the power of this new ledger technology. In this post, I will explain not only why separating the blockchain from bitcoin is a ludicrous endeavor — but why the blockchain represents a snapshot image of the digital economy at any given point in time due to the nature of peer-to-peer timestamp verification.

If we are to create an application with the blockchain, perhaps some groundbreaking new innovation harnessing the invention of the bitcoin payment system, we must first understand the core solution that the technology brings and how that applies to our existing business model. Among other things, the solution blockchain technology brings to the fold of information security is that of solving the Byzantine Generals' Problem — a problem in computing science that required relying on trusted third parties to relay information accurately. Before bitcoin arrived on the scene, this computational problem was thought to be unsolvable.

The value of conjuring up an eloquent solution to this computing problem cannot be understated. Not only does this innovation open up our society to the prospect of digital scarcity, but it introduces a business framework where the operational capacity of any application, which would otherwise have inherent risks due to centralization, is able to be highly decentralized.

With centralization comes trust, and too much of it is often a liability. With reliable decentralization, we are opening the frontier of the 21st century on a promise of open-source, trustless, and non-exclusive commerce.

Why are businesses that require a good deal of trust interested in blockchain technology?

The shortcomings in a situation where companies desire to take blockchain technology and make it their own, make it closed, make it proprietary, does not represent an underlying inadequacy of cryptocurrency. Rather, the shortcoming lies in the rashness of perceiving a transition technology with a status-quo mindset.

If you wish to consolidate and centralize the operations of a business, why look to bitcoin (a technology for, as we discussed, removing trust through decentralization) to amplify that capacity? The companies and individuals who approach bitcoin technology with a 20th century mindset will find no success. They will desperately reach to harness the innovation of Satoshi Nakamoto, and in doing so, will slowly realize that the killer application of this technology is to render business models based on trust obsolete. Bitcoin is an evolution in our concept of the corporation, and a blueprint for decentralized, trustless, openly accessible commerce in the 21st century.

The Blockchain Is a Monetary Image

For the purposes of illustration, let us assume there exist two users on a blockchain — User A and User B. User A controls 3.0 million bitcoin on the entire network. User B controls 3.6 million. There also exists 14.4 million unmined bitcoin.

User A has used their private key to authorize a transaction to User B worth 1.8 million bitcoin. User A sends this amount to User B’s public key. At this point, the transaction has been authorized by User A and is in the process of being confirmed by miners of the network.

After the transaction has been confirmed, the bitcoin network now reflects the change in hands (change in wallets) of the 1.8 million bitcoin User A sent User B.

No currency has moved from point A to point B, but an authorization on behalf of User A to alter the network in a way that increases User B's control of the blockchain by 1.8 million bitcoin at the expense of User A. In bitcoin, this ledgered payment system represents the money supply and it is radically different from any type of money we have previously seen.

Money is now an image, rather than something which can be separated from the system itself. This image of money is constructed, altered, and verified by the thousands of machines acting as miners across the globe, and it's a composition on public display for all to see. The miners are the painters of this network composition. The users, the brush and strokes.

“Tangible money, old-fashioned money … is a phantom from the past, an anachronism. In its place is an entirely new form of money based not on metal or paper, but on technology, mathematics, and science. This new ‘megabyte’ money is creating a new and different world wherever it proceeds. Money now is an image.”

—Joel Kurtzman, The Death of Money

A payment conducted with bitcoin represents a paradigm shift in our concept of money — one where there is no division between currency and the system through which it flows.

With the intrinsically valuable property of decentralization (solving of the Byzantine Generals' Problem), we have a monetary system that comprises a snapshot of purchasing power at any point of time in its existence. The time-stamping function of the blockchain allows anyone to go back and publicly determine the holdings of any address (and perhaps soon any individual ).

In the bitcoin digital economy, money is an image continuously being constructed, verified, and reattributed by way of cryptographic authorization.