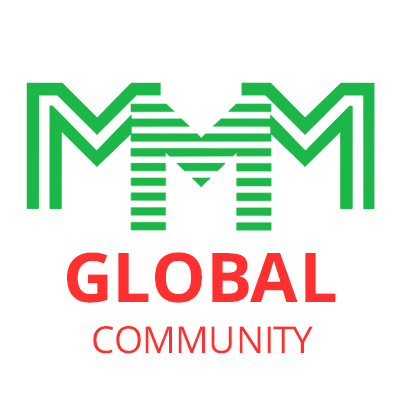 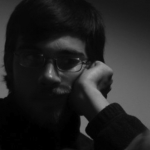 I have seen many scams come and go in my two years of following crypto. Altcoins have promised the world and delivered hot air. Exchanges have disappeared with my coins. Dubious links posted in trollboxes have attempted to install keyloggers and trojans on my computer.

Recently I came across a scam of even more alarming proportions. It is called “MMM Global Republic of Bitcoin.” See their Facebook page and their website. Those who follow Ponzi schemes will immediately recognize the name MMM. In the 1990s, Russian fraudster Sergey Mavrodi ran one of Russia’s largest Ponzai schemes with the same name. Savvy marketing and promises of 1000%+ returns suckered tens of thousands of people into investing their savings in Mavrodi’s scheme. By 1994, when MMM’s offices were closed due to tax evasion, Mavrodi owed his investors beween 100 billion and 3 trillion rubles (between tens of millions and billions of dollars). Mavrodi spent a few years in jail, but by 2011, he was responsible for at least two other pyramid schemes.

Now Mavrodi is back in business, bigger and badder than ever. This time he is using Bitcoin.

Mavrodi’s new scheme is exploding in popularity, especially in India, South Africa, and the Philippines. MMM Global Republic of Bitcoin bills itself as a “Global Fund of mutual aid.” Participants help each other with gifts of money, and in return they receive an equal amount of “Mavros.” (Think of it like an altcoin.) Mavros grow at a rate of 20% to 100% per month, depending on a participant’s engagement with social media. Once Mavros are “confirmed,” participants can “ask for help” from other users according to how many Mavros they have. Theoretically, if I donated $100 of bitcoin today, and every day I completed a task, like sharing MMM videos on Facebook or uploading testimonials to Youtube, I would have $200 worth of Mavro by the end of the month, and could then “request help” in that amount.

MMM is a community of people providing each other financial help on the principle of gratuitousness, reciprocity and benevolence. We use BITCOIN infrastructure in our transactions.

In MMM you don’t have to make contracts or pledge your property. In MMM there are no lenders and no debtors. Everything is very simple: one participant asks for help — another one helps.

On the surface, the organization seems unremarkable—one more scam among countless others. The website is not particularly slick and the content is full of grammatical errors, cheesy emoticons, and over-the-top enthusiasm about astronomical returns.

Nevertheless, certain factors lead me to believe that MMM is poised to become a major scandal for Bitcoin.

First, it is exploding in popularity, especially among people who have little previous exposure to Bitcoin. I discovered MMM about a month ago on a WhatsApp chat group of South Africans and Zimbabweans who were interested in Bitcoin. A number of people joined that group in order to buy bitcoin to participate in MMM, or to understand what Bitcoin was all about because they had learned about it via their participation in the organization.

The organization is increasingly being noticed by the South African media. It has also gained the attention of the National Consumer Commission, with spokesperson Trevor Hattingh recently issuing this warning:

The matter needs to be assessed by the (commission) to establish the origins of MMM, and to study their business practices.

In the meantime, consumers are strongly advised to not participate in what could very well be an outlawed pyramid scheme, where their monies could in all probability be lost.

A second reason for concern is that when confronted with evidence that MMM may be a scam, the participants I spoke with were adamant about the organization’s trustworthiness. They reported receiving payouts worth far more than they had put in. One participant I interviewed told me he put in 6,000 rand and has withdrawn more than 70,000 rand so far, partially because of referral bonuses he accrued. These apparently positive results are supported by the “happiness videos” that participants upload to the MMM website after successful withdrawals. These videos depict elated participants who are withdrawing thousands of dollars—often in bitcoin. These positive experiences indicate that the organization may be in a growth stage, during which it is still able sustain itself on new participants. If it is big now, it’s about to get bigger.

A third reason for concern is that most of the participants in South Africa began using MMM with fiat, not bitcoin, but now they are making the switch to crypto. As one South African participant I interviewed explained:

[The reason is] because of the banks who still question people when they have too much money in their accounts. When using bitcoins there is no central authority involved.

This means that components of the existing MMM user base are increasingly discovering one of Bitcoin’s major benefits—it is possible to be your own bank. They are understandably enthusiastic about this. Their funds cannot be seized or frozen if banks notice “suspicious” activity. Of course, this also means that it is harder for banks and governments to shut down the organization. It furthermore suggests that these new Bitcoin users stand to become disillusioned with Bitcoin because of its association with MMM. If (when) the scheme collapses, it is likely that many participants will lose the bitcoin they just learned to love.

I will be watching MMM closely to see what happens. As it turns out, I am not the only one doing so. Coindesk just reported that Bobby Lee, CEO of Chinese Bitcoin exchange BTCC, attributes bitcoin’s present bull run at least partially to MMM.

I sincerely hope I am wrong about MMM. If I am right, and the organization is a scam, many of my friends in South Africa who are just discovering Bitcoin are about to get burned.

I'll leave you with Sergey Mavrovi explaining himself: 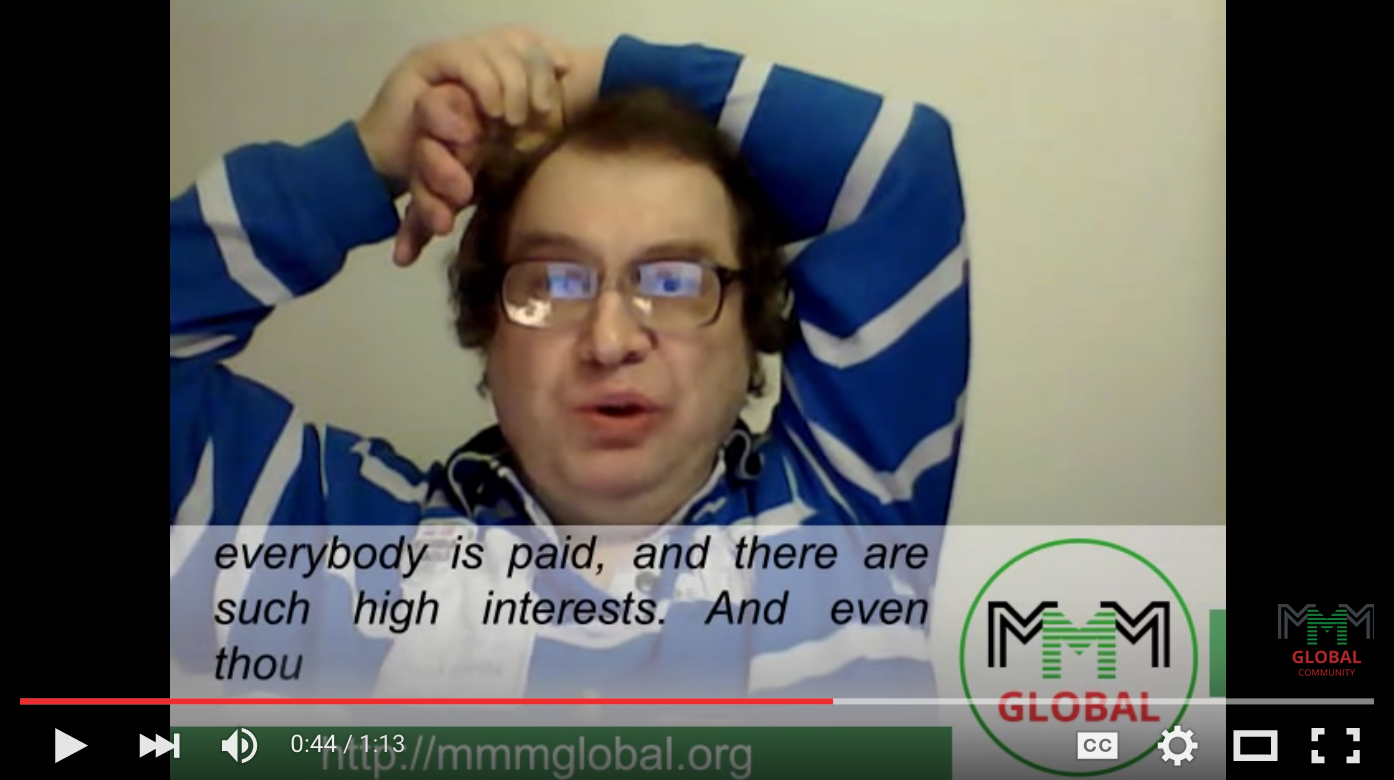