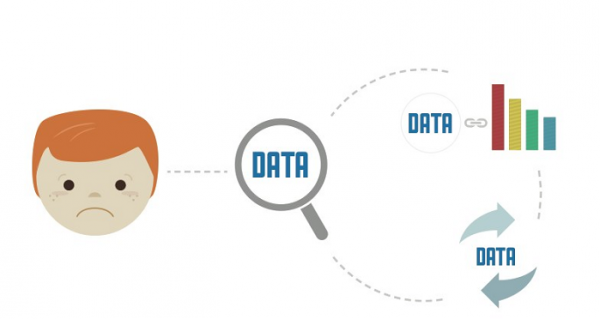 If you have been following the Bitcoin 2.0 technology space, you probably saw how Maidsafe recently had a crowd sale on the Mastercoin protocol. It was a bit of a debacle. Even though there are differing opinions of where the mistakes were made, everyone agrees that the Maidsafe crowd sale was very successful. The Maidsafe organization was able to generate close to 8 million dollars in funding in under 5 hours. However it did expose some of the weaknesses in the Mastercoin protocol such as illiquidity, since Mastercoin does not exist on many exchanges for trading. It also gave some of Mastercoin's competitors, like Counterparty, the opportunity to gain market share with Bitcoin 2.0 startups such as Swarm Coin.

The space has become even more competitive since it is not only Counterparty who is competing with Mastercoin to deploy new assets on the Bitcoin block chain. There are alternative crypto-currencies like NXT who have had very successful crowd sales with startups like New Economy Movement (NEM) on their own block chain. Now let us not forget that Mastercoin is one of the fathers of Bitcoin 2.0 technology, and has had its own successful crowd sale. Mastercoin is also one of the most mature groups in the space. One can find a good break down of how Mastercoin stacks up against its competitors posted by Reddit user ThePiachu. It is also true that Mastercoin has proven the ability to have successful crowd sales as we saw with Maidsafe. But has the Maidsafe crowd sale harmed things for other startups on the Mastercoin network? Are the Mastercoin weakness's exposed, causing new startups to suffer? Let's take a look.

One Query to Rule Them All

The most recent technology released on the Mastercoin protocol has been API Network, which was released for general crowd sale about 2 weeks ago. API Network is an open source technology built upon the Bitcoin and Mastercoin protocols and is meant to be used as a universal mechanism to query multiple APIs around the world. If you are not familiar with an API already, an API is an Application Programming Interface. Basically an API is a gateway to a large computer system where you can make requests.

An example is Google Maps API. Google provides an API (gateway) into the Google Maps computer systems, allowing iPhone/Android developers to make requests of the Google maps systems. This allows mobile app developers to create programs that incorporate google maps data within them. The API Network team's goal is to take the concept of APIs and expose their capabilities across a distributed block chain. One could imagine an application of this technology by utilizing API Network as a communication and interface layer, along with Maidsafe as the computation and storage layer, to create complex distributed applications such as the ultimate "oracle" system to power prediction markets or smart contract verification.

The technology behind API Network also provides another benefit by exposing APIs through block chain technology. With the distributed block chain you have a trustless, worldwide, decentralized marketplace of APIs exposed to everyone, owned by no one, and providing anything you can imagine. One stop shopping. API Network’s value proposition is a platform for developers to show case and scale their work, and a platform for consumers to get a competitive price removing centralized API providers from the equation. Finally since Mastercoin is on the Bitcoin block chain, API Network comes with a super-secure, and scalable network, which is monetized out-of-the-box. Sounds like a compelling technology right? Let's see how it works.

There are basically two ways you can look at using the API Network. One is as a producer, the other is as a consumer. As a producer you will be producing an API feed on the API Network. As the producer of the API, you have the option of exposing access to your API at a certain cost, based on number of requests per hour, minute, etc. Much like today's API providers. However instead of API consumers paying a centralized source for API requests (think Google, Amazon) they will pay a producer on the API Network in XAP (the API Network coin) which is part of the distributed block chain technology. XAP tokens are exposed on the Bitcoin block chain through Mastercoin, and MaidSafe is used for data caching. As a result an API producer can now deploy access to their API on a large, secure network of nodes across the globe.

As the consumer there are also advantages to using the API Network model. Aside from the fact that you can now find many of the APIs you need in one place. You will also have a universal interface for accessing multiple APIs, on a platform that promotes competition resulting in lower prices.

Finally, after reviewing the specification document on the API Network github page. I also noticed some interesting functionalities in the specification such as support for IMAP and Exchange email interfaces, along with libraries to support natural language processing.

Ok so enough said about the virtues, let’s look at some of the dollars and sense.

Show Me the Money!

After doing some research and looking at some of the folks behind the development, I was pleased to find the information behind API Network looks legitimate. For one thing it is backed by the Mastercoin team, and is highly regarded by BitAngels co-founder David Johnston. Secondly, the development team is a known group of individuals (not a secret team of ninjas) and includes a list of respectable talent, with professional LinkedIn pages and the like. Some of the members of the development team are Ian Stewart a seasoned front-end developer who was a senior consultant at Booz Allen Hamilton, and Vineeth Mohan who is a data scientist that has worked at Yahoo! and other companies specializing in machine learning like AlgoTree. So from the looks of the technology (i.e. not another Bitcoin fork with a slight tweak), and the fact that there is a solid development team, and the fact that API Network already has a demo site available to play with. You would think the crowd funding sale for this technology would be extremely successful. Right?

The crowdfunding for API Network started over 2 weeks ago, and is currently hovering around 37.5 BTC. Mind you this is with a starting sale of looking to raise 8,000+ Bitcoins for all the XAP in the API Network. Currently if you check their Bitcoin crowd sale address (lesson learned from Maidsafe) the last transaction they received was almost 2 days ago. Meaning funding has slowed down considerably. Compare this to BitShares AGS, making what API Network has done in its first 2 weeks of crowd sale, every 5 days for the past 5 months.

Given the price of Bitcoin is currently around $650 on Coinbase, this makes the API Network valuation of 8,000+ Bitcoin's at about 5 Million dollars (as compared to Maidsafe at 8 Million). So it isn’t too far off in terms of having a reasonable valuation, especially when compared to others tokens such as Swarm which have less innovative technology, higher valuation (21K BTC really? come on guys...), and no demo or beta to speak of.

Now it could be a combination of factors why the crowd funding sale for API Network has not taken off. It could be that things have changed since Maidsafe's crowd sale, and the market is more competitive. It could be that the API Network team has not done a good job of marketing and communicating the product. It could be that investors have done their research, looked at the technology, and think the technology will not go far. After looking at their technology, their team, what they are trying to do, in addition to what they have done so far. I believe that the API Network team have a much more solid product than many other crypto-technologies I've seen funded. A combination of lack of marketing, along with the issues caused by the Maidsafe crowd fund sale, may have hurt Mastercoin’s ability to launch new startups for crowd funding on their protocol. 37 Bitcoins, in 2 weeks? With the last transaction over 2 days ago? Keep in mind Maidsafe sold out in 5 hours. Sure Maidsafe has been in the works for years, has a stellar team, great concepts. But so does API Network. Is the difference that great? Was Maidsafe's marketing that much better? Is API Network's value that much lower?

I recently looked at another interesting alternative crypto-technology known as Storj, which is like Maidsafe, in making itself a distributed storage provider. Storj is looking to deploy and have crowd sales on Mastercoin, however the founder (super3) recently evaluated Mastercoin against Counterparty and things didn’t stack so nicely in Mastercoin's favor.

So in conclusion, we may never know why API Network is having difficulty raising funds compared to its predecessors. Regardless, I am very excited for the application of technologies like API Network's, and its potential contribution to the crypto-space.