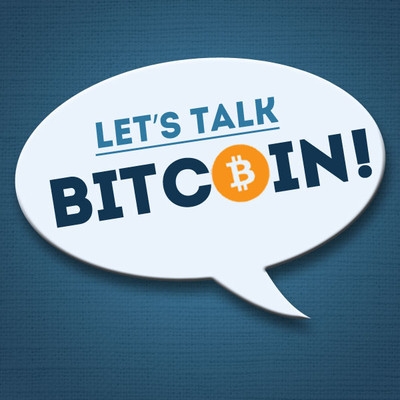 Let's take a look at what happened on the Let's Talk Bitcoin! network over the past week.

Are you in speculating mood at the moment? This thread from @nmswawan asks for your speculation regarding bitcoin prices at the end of 2014.

Doge prices are on the rise once again and that makes this thread relevant once again and likely to see some action. What are your thoughts regarding the rise of Doge? Is this something that is going to resume, or will Doge begin slipping? I am curious to see your thoughts regarding this alt currency that is nearly a year in and seems to be still here.

If you could buy a guitar or guitar pedal with BTC, would you? @Xaulted is speaking with a company about allowing customers to pay with bitcoin and is looking for some feedback. Is this something you would be interested in?

Here is an older thread that might warrant some fresh discussion. This thread regarding Overstock.com on Counterparty is especially relevant as it now appears that Overstock is up to something secret at the moment. The company has reportedly begun hiring more cryptocurrency developers and the CEO is promising some major announcements in the near future.

Where do you think Bitcoin will be in five years? Come join this discussion regarding the future of Bitcoin and let us know your thoughts. Will we have achieved mainstream adoption? Perhaps we will find new technical challenges? What do you think is going to happen?

What are your thoughts on the intersection of blockchains and games or other technologies? We saw a lot of action this week across various stories, and even a few different threads.

@ademczuk asks for some help from the community regarding why merchants might want to accept bitcoin directly. Be sure to speed over to the thread and leave your thoughts.

Sometimes it is personally hard for me to remember that a world outside of cryptocurrency exists. So, I want to take a moment to point out this thread that asks what your favorite song is. No, it is not Bitcoin related, but it is real-world related and sometimes we all need a break. ;)

I also want to take a moment and point out the post from @adam this week regarding sponsorships on the Let's Talk Bitcoin! network. Be sure to read the post and this thread regarding the auction vending machine system.

Both of those links will give you information on a small portion of the cool stuff that is happening that makes this community different, and in my opinion just a bit special.

If you have not yet taken the plunge and joined The Let's Talk Bitcoin! community, now would be the right time. Do not hesitate. Join now. I will see you in the forums!