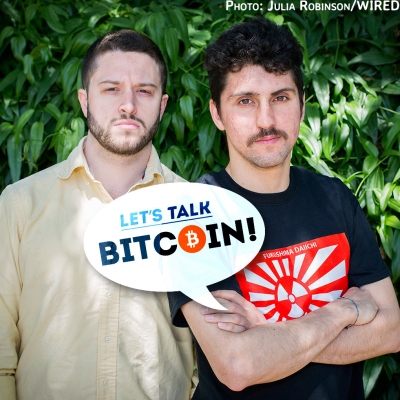 We start todays show with Cody Wilson, a proud anarchist in his own right who over the last year has spent more and more time with Amir.  At Bitcoin Expo Toronto, Cody gave a wide ranging talk called Light and Dark that provides his perspective. I don’t know Cody personally, but his demeanor strikes me as that of an anthropologist who had discovered a hidden culture that has its own norms and rituals, and simply chose to join them rather than go back.

Then, I sat down with Amir for an intimate chat about discovering lifes meaning, about the honor and duty of having the skills to perform good work at a time when it is needed.

Thanks to BraveTheWorld and CanAwareness for the recordings, and to the Bitcoin Alliance of Canada for putting on the event.

Thanks for listening to episode 111 of Let’s Talk Bitcoin!

Music for this episode was provided by Jared Rubens and the boys from BitcoinsAndGravy.com for Ode To satoshi