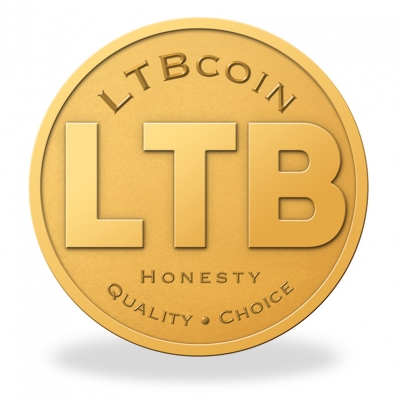 Looking Back on the LTBCOIN Rewards Program

Adam B. Levine here - With the BAT (basic attention token) in the news recently, I wanted to shed a little light on the end of the LTBCOIN Crypto Rewards Program, which many have correctly identified as effectively an unfunded early pioneer of the BAT concept, circa spring 2014.

Along with Stephanie Murphy and Andreas Antonopoulos, I founded the Let's Talk Bitcoin! show in spring of 2013 to talk about the Ideas, People and Projects building the Future of Money. Our timing was good and we immediately found a following. Riding that wave into the early bitcoin conference scene we spoke with increasingly important early adopters and grew along with the price.

In the fall of 2013, I realized that the other two or three high quality bitcoin podcasts had all died off in large part because they weren't able to gather enough of an audience to warrant the work that went into the show. At LTB we had solved this problem and the problem we had was not enough content to keep our users satisfied. In December of 2013, I decided there weren't enough podcasts I was interested in and as much as I like listening to the sound of my own voice it would be better to have an ecosystem rather than just LTB. So on the plane back from a Las Vegas conference, we put together a pilot episode contest soliciting listeners to create and send in shows that were at least tangentially related to cryptocurrency.

The response was overwhelming with 15 or 20 submissions, we picked our favorites but wound up inviting more than half of the applicants to join what would become the LTB network. In another article I'll share our experiences putting the whole network onto AM radio in southern California. For now let's stay focused.

In the winter of 2013, I wrote a lot about and became fascinated with the idea of community and purpose specific altcoins or "Meta-tokens", which is what we used to call tokens that piggybacked on a blockchain like bitcoins.

Bitcoin had literally created something very (and increasingly) valuable out of nothing by setting up a system of predictable, long term rules which, if followed, rewarded adherents with something that was or might be valuable in the future. This is a useful trait for money, but arguably just as useful for anything new that is looking for a way to incentivize "work" without a big up front cost.

At the time, bitcoin and basically everything else out there was using this mechanism to reward miners who literally enable the network, validate and process transactions. I realized that using a token built on top of bitcoin, we would have to pay a miners fee per transaction in bitcoin but the token itself, the token we would create called LTBCOIN could be distributed to "miners" who were doing something other than securing the network and processing transactions.

In the LTBCOIN system, our miners were Content Creators and the Audience. Over the course of six months we worked out several protocols called Proof of Participation, Proof of Value, and Proof of Publishing.

When we launched LTBCOIN, we locked in place a 5 year "Token Creation and Distribution Schedule" that laid out the exact amounts that would be created each week, and how many of those tokens would go to each "Proof of..." bucket. Depending on how many people participated in each bucket, the tokens allocated for that week would be split amongst all active participants. This meant even though we didnt know who would be participating at any time, we had a clear and transparent map of what kinds of actions would be awarded each week for the entire run of the project.

Proof of Participation was for the audience, anyone could earn LTBCOIN based on their weekly activity within the community. We awarded community members when they commented, posted on the forums, received a like on their posts, visited a new piece of content for the first time, participated in our listener rewards "Magic Words" program, etc.

Proof of Publishing (earlier called Proof of Value) was for content creators - For each piece of content posted to the site, each published creator would recieve an equal share of the LTBCOIN reward relative to how many other pieces of content were published that week. Here, we wanted to incentivize a steady flow of content so that if we had a slow week, the few who participated would be heavily rewarded while on weeks when we had lots of content the relative reward per post would be lower.

Proof of Quality was our "Reality Based" rewards metric. Where Proof of Publishing just asked that you publish content, Proof of Value waited two weeks after publication, and then looked at the actual performance of each article released during the week long period and awarded LTBCOIN to content creators based on how well they performed compared with every other piece of content during the week.

With all of these options, we wanted to encourage steady, continuous activity from participants on the platform and it served that purpose well.

It worked quite well. We built an entire content management system around the idea (Tokenly CMS) along with many other tools and ran it successfully with enthusiastic participation (on the rewards program side) for a long time.

The LTBCOIN rewards program was a great success, sparked a lot of new thinking and bright ideas for which I am immensely proud. It remains the single largest use of non-monetary tokens on any blockchain to this point with more than 171,000 on-chain transactions, although we'll see if that remains true as the ICO frenzy grows. LTBCOIN ran for about three years, concluding in January 2017 when the LTB Network was acquired by BTC Media.

I opted to conclude the program early for a few reasons:

1 - The cost of bitcoin transactions for the LTBCOIN rewards program was initially less than $10 per week, then it became $25, $50, and so on. The number of users participating in the rewards program did grow, but our costs, especially towards the end, grew at a much faster rate. In the last six months we were paying nearly $500 per distribution, and if we had continued to today current prices would have us paying multiple thousands of dollars to have our LTBCOIN delivered in a timely fashion.

2 - LTBCOIN was always a self, and minimally funded endeavor. LTBCOIN was never sold or generated any revenue for the network, it was only given away through our rewards program. One of the lessons learned is that when you give away something for free, and you want people to value it, you need to make it valuable. This usually requires a lot of time or money, and while we put in both time and money, it wasn't enough to create the ecosystem we needed, fast enough.

3 - More than 90% of the total LTBCOIN supply was distributed in the first three years of the five year schedule. The last two years were much smaller amounts as the token was intended to have become broadly useful and valuable by that point. Since that didn't happen, there wasn't much sense in incurring all the transaction fees for such small amounts of LTBCOIN.

4 - As part of the BTC Media / LTB Network acquisition, I secured a "conversion event" for anyone holding LTBCOIN, where they would be able to swap their old tokens for something that would give them stake in a new project I've been excited about since last year. In the world of cryptocurrency, old tokens never die - They just get cheap enough to get used in pump and dump schemes. I hate that. An exit for all LTBCOIN that didn't involve greater fools would be something fundamentally new that would turn a currently useless rewards point into a valuable, useful token run by a funded team with a new, complimentary mission.

I never intended to create the LTB Network - My talent and passion is as a content creator and experimental innovator. Turning LTB from a show into a network was not a business decision so much as an attempt to foster a nurturing early ecosystem for content creators, who could and were producing quality content but hadn't found my lucky timing and were struggling to find their first thousand fans. In that way, we were overwhelmingly successful and have helped foster a community and style of cryptocurrency podcast focused on more than just the price and investment opportunity.

What I wanted from the network was the ability to, as the Editor in Chief of the LTB show, hand off technical editing, sponsor relations, advertising revenues, marketing of the show. In the current paradigm, every show does that for themselves and it's wildly inefficient, driving more podcaster burnouts than anything else I know of.

So over time, it became increasingly, painfully obvious that although I had successfully launched the network and fostered the community of content creators, we were never able to provide those value added services that I and many other podcasters on the network quite desperately need.

I met David Bailey of BTCMedia.org at our first conference, in San Jose in spring of 2013 - He attended our very first LTB meetup along with a dozen or so other early fans. Later, I watched him transform BTC Magazine from a troubled, legacy print focused project into a useful, profitable flagship web magazine. In Spring of 2016 we started talking about having the LTB Network become their flagship Podcast/Radio platform, with ambitions beyond the cryptocurrency niche and by the winter of 2016 we'd come to an agreement that will make the LTB network increasingly diverse, useful and popular, with an order of magnitude more funds being used to make the network into what it always was meant to be.

I'm excited to see that the Poet project has just released their alpha, and it looks like more information will become available very soon on both the functions of the platform, the early integration with the LTB network, and of course the LTBCOIN to POE swap event, available now

Thanks to everyone who has joined us for the journey so far, I'm pleased to say that this is not the end of LTB but it is, finally, the end of the beginning.